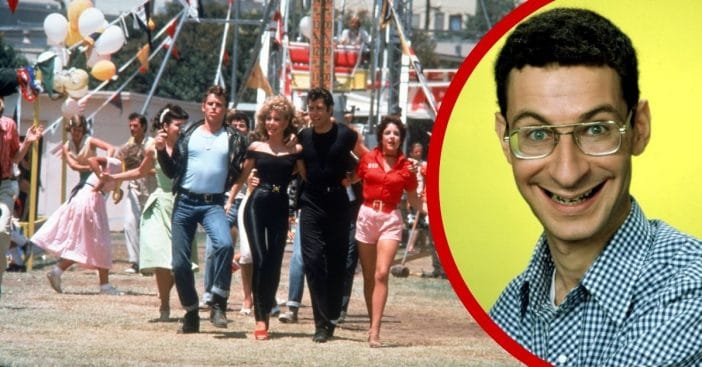 Until this weekend, Steve Joiner worked as the PR manager for Eddie Deezen, known as Eugene Felsnic on Grease. However, earlier this week, Deezen went on Facebook and shared a post ranting about a waitress, insulting her appearance and throwing expletives at her.

As a result, Joiner has announced he’s cut ties with Deezen as his manager. He also denounced what the actor did and what he said to the woman in his post that has since been deleted. Deezen’s actions also caused him to be banned from the restaurant where the woman works.

TMZ shared news of Deezen’s Facebook post against local waitress Kara Lashbaugh. Deezen, 64, insulted Lashbaugh’s appearance and said she has spread false rumors about him. One such rumor Deezen says Lashbaugh spread claims he used the N-word, which he denounced as “vile.” He also accused “her cronies” of sending him confrontational private messages.

Deezen also called Lashbaugh an “attention wh*re” faking a smalltown lonely girl persona because she’s “desperately craving attention.” When he revealed her initials to be K.L., he added all her initials should be K.K.K., and if any alleged harassment continues, he would reveal her full name.

Eddie Deezen is a fucking CREEP who comes into my work at least once a week, calls and asks other servers for my schedule, and if he comes in and i’m not wearing makeup HE LEAVES. And this grown ass old man has the balls to post this on facebook about me im losing my mind pic.twitter.com/FBFTLdp5Mx

“It’s creepy what he did,” said Deezen’s former manager Joiner. “It’s very creepy. It’s very wrong. I think it’s immoral. I think it’s sexist and it’s unconscionable. All this young lady is trying to do is work support herself, and the last thing she needs is a grown man in his 60s doing something like that.” As of Friday, Joiner shared with Fox that he has dropped Deezen as a client, stressing, “I don’t agree with [Deezen’s post]. I don’t condone it, and I can’t handle him anymore. This sort of behavior is predatorial, in my opinion. I’m terminating all future dealings with him.”

After Deezen’s Facebook post went live, Lashbaugh herself responded that Deezen is a “creep” and claimed that he “comes into my work at least once a week, calls and asks other servers for my schedule.” She added on Twitter, “if he comes in and i’m not wearing makeup HE LEAVES. And this grown a** old man has the balls to post this on facebook about me im losing my mind.”

What do you think sparked this sudden tirade?

Click for next Article
Previous article: Candace Cameron Bure’s Top Tips For A Lasting Marriage: ‘Sex, Laughter, Patience’
Next Post: You Are Probably Loading Your Dishwasher All Wrong