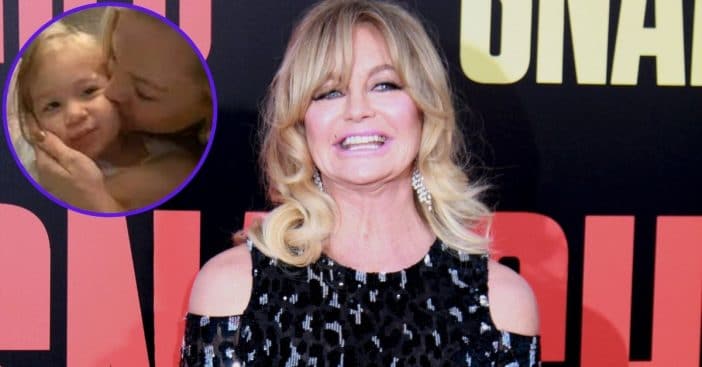 Goldie Hawn just reacted to her granddaughter, Rani, reciting the ABC’s and it’s everything we hoped for. She and the entire family, including daughter Kate Hudson and partner Kurt Russell, are all on holiday currently in Greece. During family vacation time, Hudson found time to record her daughter nailing the ABC’s song perfectly!

Hudson encouraged her daughter by also playing the song on the piano. “And that, ladies and gentleman, is how to sing your ABC’s,” Hudson captions the Instagram post. Hawn responded to the video, commenting, “I have no words only inordinate amounts of LOVE ❤️ #RANIROSEROCKS”

A bunch of other celebrities also commented on the post, including Vanessa Bryant (widow of Kobe Bryant), who said, “She’s so cute!” while Amanda Kloots said of her son, “Elvis loved watching this. I think we need to start a mommy band Kate!”

Hawn has a very close relationship with her grandchildren and even said back in 2014 how proud she is of how they’re being raised. “Kurt and I are so proud. They’re mirroring a lot of the way they were raised, and that just shows you how important it is to raise your kids well, ’cause they will raise their kids well,” she said to TODAY in 2014.