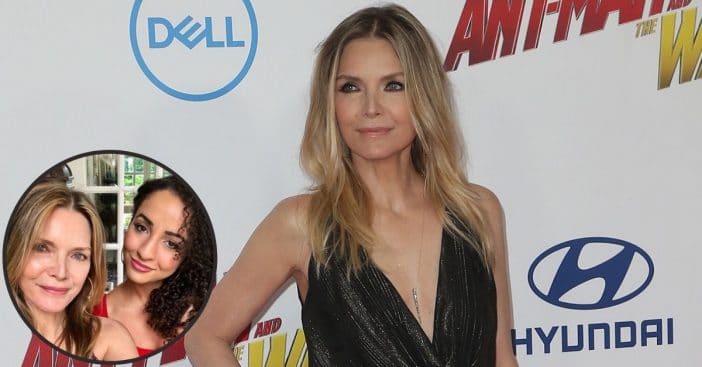 Michelle Pfeiffer just posted a rare photo with her 28-year-old daughter Claudia enjoying a fun day together! “Out on the town with my girl,” Michelle wrote in the caption. She adopted Claudia as a baby back in 1993 and was single when she began the adoption process. She would then end up marrying her husband David E. Kelley that same year and would raise Claudia together.

Then, the couple would welcome their own son into the world, John, in 1994. Their children tend to stay out of the limelight for the most part, but they still have attended some public events with their parents over the years.

Michelle Pfeiffer enjoys a fun day with her daughter Claudia

“When she came, he and I had only been together for about two months,” Michelle said in a 2007 interview with Good Housekeeping. “So we had this child with us right away, and most people don’t have that. But I really got to see him in a situation that certainly would separate the boys from the men. Obviously, he really rose to the occasion.”

She gushed a ton about her daughter, Claudia, in the same interview. “Boy, there’s nothing typical about my girl,” she said at the time. “She’s a force to be reckoned with, and an amazing human being. I wanted her to be a really independent, outspoken young woman, and I sure got that! She’s also very creative and inquisitive. And what’s exciting about this age is that she’s really coming into her own. She’s everything I’d hoped she would be.”

Michelle also talked about how having kids changed her outlook on life and the world in general. “Well, one thing that’s great about having kids, especially given my career, is that it forces you out of your narcissism,” she said. “I mean, I’m in a career where my product is me. So it was nice to have something, someone, come along and take the focus off me. I really needed to give myself some distractions from myself.”