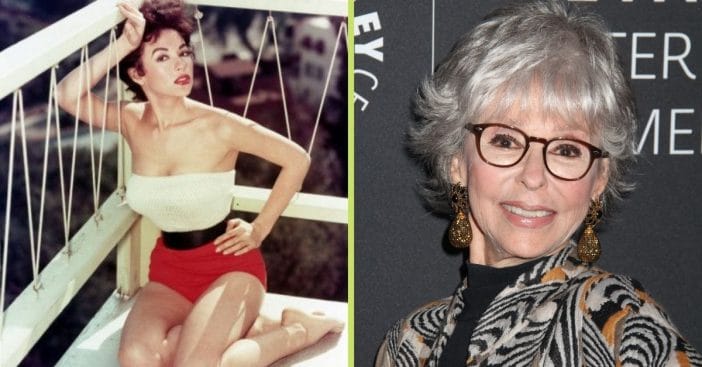 Rita Moreno recently responded to criticism of her appearance throughout her career in an interview with Yahoo! Entertainment. One of the main topics of conversation was that how she was perceived as a “sex object” throughout her career, especially early on. “It never occurred to me not to withstand it,” Moreno says, noting the unprovoked attention from men in Hollywood. “I figured, and I was right, that that was how Hollywood was run and how it functioned. And I just went with the flow, as they say, not happily.”

She admits that it was the same unwanted attention that led her to go to therapy, which she calls “the best favor” she did for herself. “You hate it when they call you a sex object… And here’s the truth, and this is something I didn’t mention (in the film) only because I didn’t think about it. I would dress up in a very, very provocative way. I always wore tight, tight little dresses with my cute little bum. Too much makeup, usually. And the earrings and stuff, and I somehow never acknowledged that that wasn’t helping.”

Moreno also mentioned the social change that has flourished through the #MeToo movement, which has also called attention to the sexual harassment and abuse that goes on in Hollywood. “On the other hand, as the #MeToo movement would say right now: Well, f**k them! … You can dress any damn way you please,” she added. “You can wear as many loop earrings, and as low-cut a neck as you want, and that’s also true.”

She remembers how she was not treated as “a serious actor” but she was ultimately able to learn how to “find value” in herself. She calls many of her earlier roles “embarrassing” and referred to that as her “dusky maiden period.”

‘West Side Story’ changed everything for her

Moreno always hoped that she would be cast in something “more meaningful,” which happened when she was cast as Anita in the ’60s film West Side Story. In 1962, she would end up winning the Oscar for best-supporting actress, which is now known as one of the most stand-out roles from her 70-year career.

“Interestingly, the character of Anita became my role model after all those years,” she says. “Anita was a young Hispanic woman with dignity, self-respect and enormous strength.” The 1961 film is getting a Hollywood reboot, with Moreno taking on a special part in the film as Valentina. She also served as executive producer on the film.