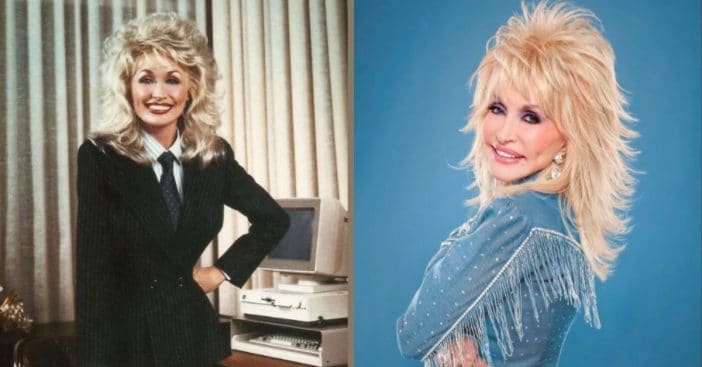 We all know Dolly Parton best for her recognizable and iconic image, full of bouncy blonde wigs and glam. But did you know she once considered throwing it all away? Literally. It was early on in Dolly’s career when she created a ‘character’ to play in public settings – it was a much “larger than life” kind of Dolly. But she grew tired of it at some points and she still feels that way today at times.

“I might throw the wigs away tomorrow, next month, next year,” she admits. “Maybe never. If I feel the need to, I might do something drastic when I’m ready to shock the people again. . . . It’s unfair to keep a person bound to an image.”

Despite anything, Dolly continues to embrace her image and her larger-than-life persona. She actually attributes part of her long-term success to the character that she plays so well. “A character never grows old,” she tells biographer Alanna Nash. “A character lives forever, just like Mae West, like Zsa Zsa Gabor. Liberace. I guess I am a character only because I’m just totally what I am. I’m not afraid to be that and say what I want to, and just do what I want to do.”

Dolly has also called herself the “queen of the tabloids,” something that her ‘character’ lends itself particularly well to. “Let’s put it this way,” she tells journalist Joel McNally back in 1994, “I’d just as soon never be in [the tabloids], but I am in ’em, and it doesn’t bother me. Like I say, I kinda like bein’ the queen of pretty much anything. But I am one of those white trash kind of people. I’m fun to write about. So I leave myself kinda open for that particular kind of reader.”

And while the media has long been infatuated with Dolly’s persona, her image has been carefully cultivated by management over the years. “I think you can overdo it, especially somebody as weird as me and, you know, outrageous and all,” she once told radio personality, Chuck Brinkman, back in 1977. “You’ve seen me once, you’ve seen me. I’m like Brylcreem. . . a little dab’ll do ya! But I don’t like to be overexposed. I think exposure is good, I just think you have to choose the things you do as far as publicity. . . your articles, your cover stories of magazines, and TV. And I think my management is real smart. At the time that people are just about to get sick of me, they take me off the market for a little while. So I leave that up to them.”
Click for next Article