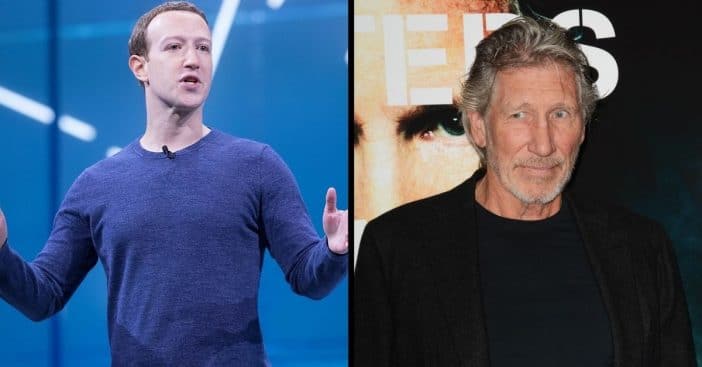 Roger Waters formerly of Pink Floyd recently slammed Facebook Founder/CEO Mark Zuckerberg after he requested the usage of the song “Another Brick in the Wall” in a film that would promote Instagram. At the time, Waters was appearing at a special event that was part of a campaign to free WikiLeaks founder Julian Assange.

Waters, of course, did not hold back, saying to the audience, “So it’s a missive from Mark Zuckerberg to me. Arrived this morning, with an offer of a huge, huge amount of money, and the answer is – ‘F*ck you! No f*cking way!’”

He went on to state that he felt the request was “an insidious movement of them to take over absolutely everything.” He read a portion of the letter from Zuckerberg to the audience, reciting, “We want to thank you for considering this project. We feel that the core sentiment of this song is still so prevalent and necessary today, which speaks to how timeless your work is, truly.”

RELATED: Vintage Photos That Show How We Used To “Unfriend” People Before Facebook

Well, Rogers was less than impressed by that. He scoffed, “And yet they want to use it to make Facebook and Instagram even bigger and more powerful than it already is, so it can continue to censor all of us in this room and prevent this story about Julian Assange getting out. So the general public could go, ‘What? What? No! No more!’”

He continues, “I will not be a party to this bullshit, Zuckerberg… You think, ‘How did this little prick – who started off by saying, ‘She is pretty, we’ll give her a four out of five,’ ‘She’s ugly, we’ll give her a one’ – how the fuck did he get any power in anything? And yet here he is, one of the most powerful idiots in the world.”

The song “Another Brick in the Wall” first appeared on Pink Floyd’s 1979 album The Wall as a three-part composition. It was released as a single and topped the Billboard Hot 100 chart before becoming certified as a platinum single in the U.S.