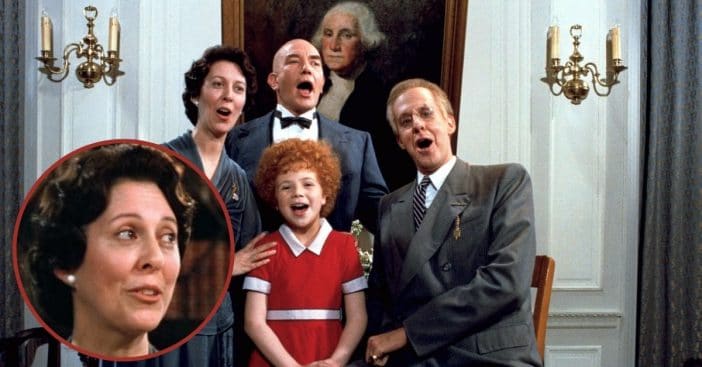 Actress Lois De Banzie, who was best known for portraying Eleanor Roosevelt in the 1982 movie musical Annie, has died at the age of 90. Her family confirmed her death in the San Francisco Chronicle, but did not release a cause of death. They stated that she died back on April 3rd.

“Her most notable stage performance was in ‘Mornings at Seven,’ for which she received a Drama Desk Award and a Tony Award nomination,” her obit says. “Among her diverse screen roles were performances in ‘Annie,’ ‘Dunston Checks In,’ and ‘Sudden Impact.’ Her wit and humor will be much missed.”

De Banzie also appeared in other films such as Tootsie (1982), Sudden Impact (1983), Arachnophobia (1990), and Sister Act (1992). In terms of her TV work, she appeared on the TV series Generation, Cheers, Home Improvement, and Who’s the Boss? She will be greatly missed.