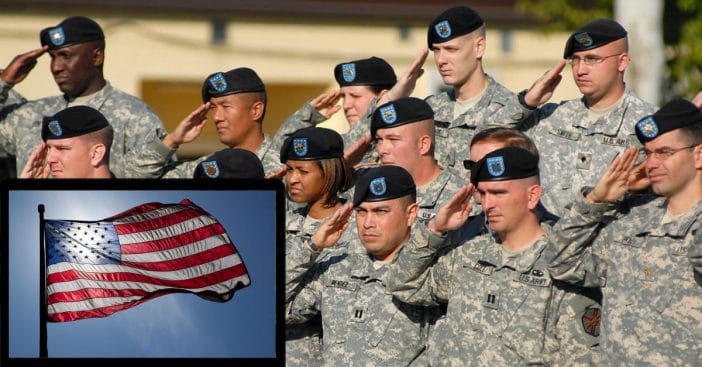 92-year-old Jack Thornton, an Army veteran, finally received an American flag 60 years after he retired. Thornton retired from active duty following a decade of service in the U.S. Army, from 1946 to 1957, retiring as a Command Sergeant Major (CSM), the highest non-commissioned officer rank in the Army.

He often told Kevin Kelly, Laurel councilman-elect for Ward 2, that he regretted never getting a flag. Kelly, who is also a retired CSM, said he understood Thornton’s disappointment. “When you have 0.8% of people who enter the Army to make that … that was just something else besides jumping out of airplanes and being in the Army together that we both share,” he says.

“Whenever I met him, one of the things we talked about was first we talked about jumping out of airplanes together, and he was like, ‘The only thing that I regret is I never got a flag when I retired from the Army,’” he continues.

That’s when Kelly reached out to his brother, Congressman Trent Kelly, R-Miss. and requested a flag be flown over the U.S. Capitol in Thornton’s honor. It was then presented directly to Thornton for his service. He calls the flag “the highest honor” he has ever received in his life.

“I thank this country for putting up with me and God being in the path of righteousness. And to Laurel, my home and I love my home state,” Thornton says. In a Facebook post, Kelly calls Thornton “a great man” and says it was a honor to call him a “friend and Brother-in-Arms.”