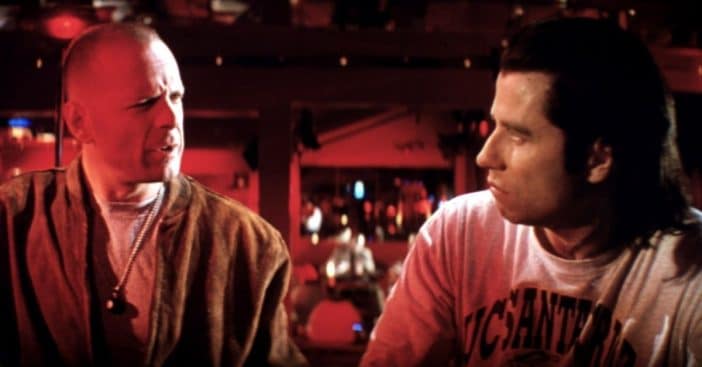 John Travolta and Bruce Willis are officially reuniting in a new film together, 27 years after they starred in Pulp Fiction together. The new action film they’ll be starring in together is called Paradise City, and production will begin very shortly in Hawaii, according to Entertainment Tonight.

In the new film, Willis will play Ryan Swan who is a renegade bounty hunter who seeks vengeance on the kingpin of the Hawaiian crime world. This character will be played by Travolta, who murdered his father. Thai actress Praya Lundberg will also star as the female lead opposite Willis and Travolta.

The last time Travolta made headlines was for his Superbowl ad, where he danced with his daughter Ella to a famous Grease dance. “It was magic, because there is no one else in the world whom I would want to dance with than my daughter, Ella,” Travolta recently told Esquire Spain. “It worked on so many levels. First, as a great piece of entertainment that people enjoyed. Second, it allowed me to introduce my daughter on a huge platform, show her talent, her beauty, and also it was a beautiful tribute for her mother [the late Kelly Preston].”

In terms of what Travolta is looking forward to working on next, he says he’s mainly looking for “musicals, good dramas and good comedies.” He adds, “I’m very selective right now because I have the privilege to be so. I’m just figuring out what’s next. The best thing I can do is try to get to the point in my life that allows me to be able to enjoy it, experiment with dance and music, and enjoy other people’s company. If you can enjoy your life and at the same time enjoy being with the people around you, enjoy the dancing and music, you’ve made it.”