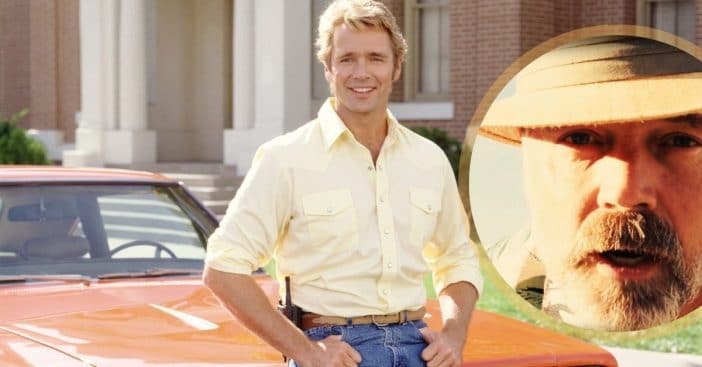 Fans fell in love with John Schneider the first time they laid eyes on him in Dukes of Hazzard. The actor landed the role of Beauregard “Bo” Duke at the age of 18 and portrayed the character for the entirety of the series’ seven-year run.

Born in Mount Kisco, New York, Schneider has always considered himself an entertainer. While we all may miss that classic Dodge Charger, let’s look at the road Schneider took after Dukes of Hazzard.

At the height of his stardom, John Schneider became a recording artist and the face of merchandise for Dukes. In 1982, multiple legal suits with the producers over the distribution of merchandising royalties spiraled. This tangled web led Schneider and co-star Tom Wopat to leave the show for most of the season. The duo later returned in February of 1983 only after both of their demands were satisfied. Despite their return, the series was canceled in 1985 after seven seasons. John Schneider, himself, directed the show’s finale which aired on CBS, February 8, 1985.

After finalizing his role as Bo, Schneider portrayed Jonathan Kent in Smallville starting in 2001. Schneider starred as the adoptive father of Clark Kent and featured in a whopping 100 episodes. Additionally, the actor directed some episodes of Smallville, including “Talisman.” Scattered throughout the series, fans can find a handful of episodes that pay tribute to Schneider’s role on Dukes of Hazzard— most notably, “Exposed.” In this season 5 episode, John Schneider is reunited with former costar, Tom Wopat.

In addition to his role in Smallville, Schneider appeared in many films and TV series. Some of these include five guest spots on Hee Haw and the miniseries 10.5. The actor also held a recurring spot in Dr. Quinn, Medicine Woman. Additionally, Schneider made guest appearances on Diagnosis: Murder, Touched by an Angel, JAG, and Walker, Texas Ranger.

In 2009, John Schneider appeared in the first season of The Secret Life of the American Teenager. On this show, his real-life son, Chasen Schneider, held a recurring role.

In addition to acting, Schneider owns and operates the John Schneider Studios. At JSS, the actor writes and produces independent films in Holden, Louisiana. With his studio, Schneider has given independent filmmakers the ability to create their stories and films in one location.

Charm, Good Looks, And He Can Sing

In the early ’80s, Schneider signed with Scotti Brothers Label and released his debut full-length album, Now or Never. The album reached #8 on the US Country Billboard charts while its single “It’s Now or Never,” a remake of the Elvis Presley hit, peaked at #4. Schneider’s cover of the famous Presley hit is still the top-charting Elvis cover of all time.

In 1984, Schneider signed with MCA Nashville and released his fourth album, Too Good to Stop Now. This album featured his songs “I’ve Been Around Enough to Know” and “Country Girls.” Both songs peaked at #1 becoming his first hit songs. In the late ’80s, Schneider continued releasing albums including his Greatest Hits record.

In 2018, Schneider appeared on season 27 of Dancing With The Stars alongside Emma Slater. The duo became the sixth couple to be eliminated from the competition on November 5, 2018. Most recently, in 2019, John Schneider was inducted into The Louisiana Music Hall Of Fame in Baton Rouge, Louisiana. “I hadn’t done music since 1990. People responded to that music, and one thing led to another,” shares Schneider. “It’s funny. Even though I had a bunch of number one songs, people say, ‘Oh, I love that Dukes of Hazzard song you sang!’ Well, I didn’t sing it, Waylon Jennings sang it. I’m famous for music by a song I never sang. Crazy.”

Life Outside of Showbiz

In 1995, John Schneider founded FaithWorks Productions in order to produce family-oriented videos. Later, in 1998, the actor became a born-again Christian while living with Johnny Cash and June for a short time.

Over the years, Schneider became an advocate for animal rights. In a Washington Post article, he discussed the effects of Karen Dawn’s Thanking the Monkey: Rethinking The Way We Treat Animals and the people he met through the event on his life. Schneider was so moved by the book that he recorded a personal video, which is available on YouTube and on the book’s website.

John Schneider married his second wife, Elly Castle, on July 11, 1993. However, in December of 2014, the pair announced their divorce. They have three children together: Chasen, Leah, and Karis. Following his divorce, Schneider began dating Alicia Allain, his producing partner, and owner of Maven Entertainment, in 2015. Alicia is also the actor’s manager and they married in September of 2019.

In June of 2018, Schneider spoke to Fox News about his three-day jail sentence for failing to pay alimony to ex-wife Elvira Castle. The actor ended up spending less than one day in prison due to overcrowding and completed community service instead.

Click for next Article
Previous article: Suzanne Somers Got High And Slept With Husband Alan Hamel On Their First Date
Next Post: ‘Growing Pains’ Cast Then And Now 2022