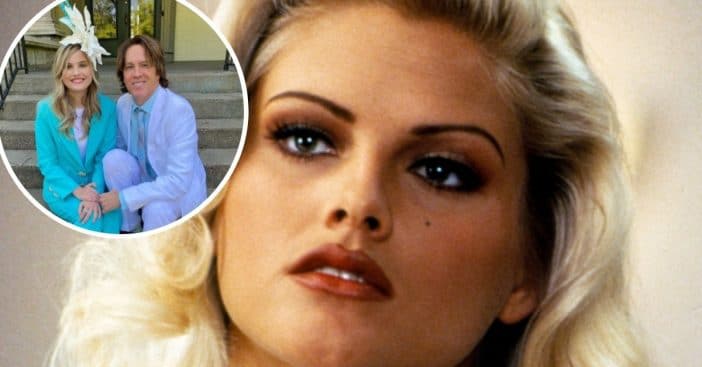 It is hard to believe that the late Anna Nicole Smith’s daughter, Dannielynn Birkhead, is already 14 years old! Her father, Larry Birkhead, shared a rare photo of Dannielynn at the Kentucky Derby this year. She looks cute and so grown up!

Larry shared a series of photos of himself and his daughter. She wore a teal JOVANI pantsuit with a matching rhinestone face mask. He wrote, “It’s that time of year again. The @kentuckyderby weekend is here! Even though our favorite event The Barnstable-Brown Party won’t be back until next year, we decided to head out on this beautiful day to Churchill Downs racetrack in preparation for The Kentucky Derby. Dannielynn “finished first” in her @jovanifashions pant suit and a beautiful white flowered fascinator.”

He added, “She said she wanted to wear something entirely different than she had in the past. I guess that means no more “little girl” dresses?? She cleaned out the chocolate brownies, ice cream and nachos while at the same time critiquing my outfit. 🤷‍♂️#kentuckyderby weekend #kentuckyoaks #prouddad #timeflies #nomorebraces #jovanifashions”

While last year’s event was canceled, Larry previously shared photos from the 2019 Kentucky Derby. That year, she wore a pink hat and dress. It seems she is growing up so fast and looking a lot like her late mother!

Fans of Anna flocked to the comments section and couldn’t believe that Dannielynn is now a teenager. Others said they look forward to the photos from the Kentucky Derby every year to see what outfit she wears. What do you think of her outfit this year?