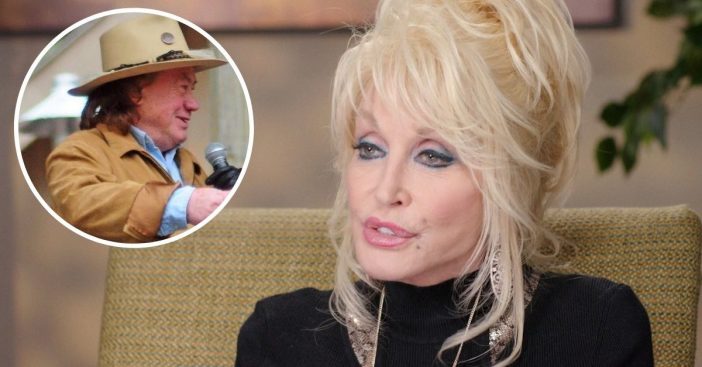 Dolly Parton is truly a star. Not only is she a famous country singer, but she has dabbled in acting, philanthropy, and the business world. Her story is one of rags to riches as she grew up in a one-room home with a family of 12 children. She lived in rural Tennessee and eventually started pursuing a singing career. There is one person she credits for her entire success.

She wouldn’t be successful if it weren’t for her Uncle Bill Owens, she once said. Dolly moved to Nashville after high school and started writing songs with her Uncle Bill. He helped her start her career by taking her to audition for Cas Walker. Cas hired her for Cas Walker Farm and Home Hour TV and radio shows.

Dolly Parton credits her success to help from her Uncle Bill

I've lost my beloved Uncle Bill Owens. I knew my heart would break when he passed, and it did. I'll start this eulogy by saying I wouldn't be here if he hadn't been there. Read more: https://t.co/BCEaVnrFgQ pic.twitter.com/i3gRjv58nt

Her Uncle Bill also helped her to get in at the Grand Ole Opry which was very crucial to her success! He helped her to learn to play the guitar which moved her career forward as well. Dolly opened up about their relationship and her gratitude when Bill died this year.

She wrote, “I’ll start this eulogy by saying I wouldn’t be here if he hadn’t been there. Uncle Bill was so many things. He loved the music, loved to play, loved his guitar and loved to write and sing.”

She added, “The greatest thing he ever did for me was to help me see my dreams come true and for that I will be forever grateful.”