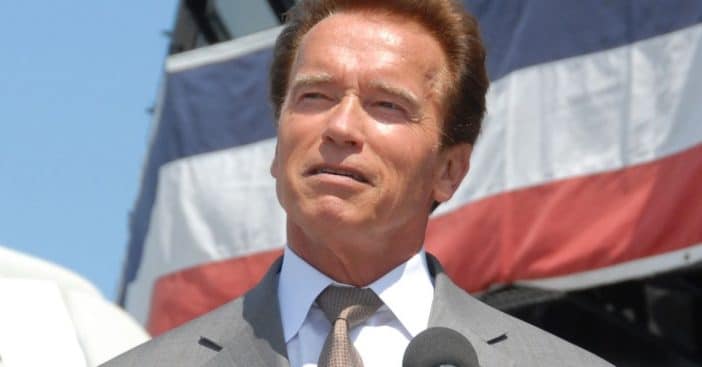 73-year-old actor and former California governor Arnold Schwarzenegger has opened up about the recent recall of current governor Gavin Newsom. He also opened up about reality star Caitlyn Jenner bidding for the seat.

It was announced on Monday that the signature threshold was met for a recall vote, the requirement set at just under 1.5 million. It was just a few days before that when Jenner officially announced her bid. A spokesperson for Schwarzenegger tells Fox News, “Governor is friends with both Newsom and Jenner and wants to stay neutral, and as the Chairman of the USC Schwarzenegger Institute for State and Global Policy he is committed to advancing post-partisanship.”

Schwarzenegger won the seat in a 2003 recall vote himself and previously opened up about that recall and Newsom’s. “It’s pretty much the same atmosphere today as it was then,” he told Politico recently. “There was dissatisfaction, to the highest level. … And it’s the same with the momentum. Something that sets it off to a higher level, kind of the straw that breaks the camel’s back … like an explosion.”

He notes that a large portion of the drop in Newsom’s public approval has a lot to do with the pandemic at large. He compares the situation to when he took a hit at his own public approval back in the 2008 financial crisis.

Click for next Article
Previous article: Gas Shortages Predicted To Occur This Summer
Next Post: Piers Morgan Slams 2021 Oscars Amid Lowest Ratings Ever For The Awards Show