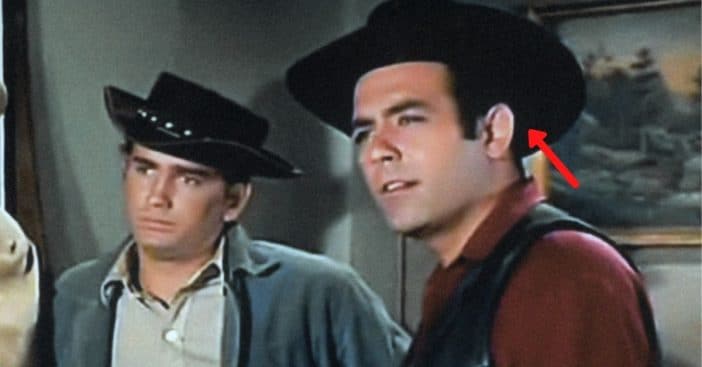 Not only that, but it once fell off during an episode! Pernell Roberts played Adam Cartwright on Bonanza and had to wear a hairpiece while filming. If you watch very closely during one episode, you may notice when it falls off and you can see his bald head.

It happens during the six-season in an episode called, “Thanks For Everything, Friend.” Adam jumps in the river to save a drowning calf. When he jumps in, his toupee floats away! They tried to cut it out so you can’t see, but you can tell if you watch very closely.

Pernell Roberts’ toupee fell off during an episode of ‘Bonanza’

He wasn’t the only Bonanza star who wore a toupee. Lorne Greene (Ben Cartwright) and Dan Blocker (Hoss Cartwright) also wore toupees. It wasn’t Pernell’s choice to wear one, it was actually production’s.

RELATED: Whatever Happened To Pernell Roberts, Adam Cartwright From ‘Bonanza?’

You can see that he doesn’t wear one when he appears in Trapper John, M.D. Do you remember that Bonanza episode? Did you ever catch his toupee falling off? You probably missed it unless you’ve seen the episode a few times! Ever wondered what happened to the cast? Find out below: