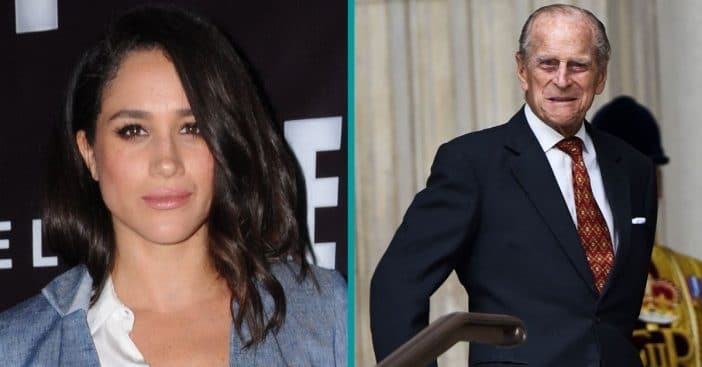 According to a Royal author, Prince Philip allegedly thought Meghan Markle was as ‘destructive’ as Wallis Simpson. When Prince Harry and Meghan were planning on stepping down from their Royal duties, certain Royal members were made aware of this before it even hit social media. Upon learning of it, Philip’s reaction was apparently, “What the hell are they playing?”

“Philip’s way is that he says his bit, and then steps back from the situation because he doesn’t like to interfere,” says royal commentator and author Ingrid Seward. “Philip has always been very protective of the queen so if anyone upsets her, they upset him too. His mantra is the monarchy comes first, second, and third.”

Meghan Markle is “destructive,” according to Prince Philip

Seward also went on to say that Philip once admired Meghan, as she was an outsider who married into the family just like him. But now, he just couldn’t understand why she would want to leave and not support the monarchy. “Harry’s behavior is completely alien to him,” Seward says. “Don’t forget this is a man about to turn 100 who has devoted 68 years of his adult life to supporting the monarchy, and this has been a great shock… so why can’t Meghan just give up her acting career, support her husband and support the monarchy? As he used to say to [Princess] Diana, this is not a popularity contest, this is all of us working together.”

RELATED: Meghan Markle Planning To Fight Back Against Piers Morgan After Comments

“For Philip, whose entire existence has been based on a devotion to doing his duty, it appeared that his grandson had abdicated his for the sake of his marriage to an American divorcee in much the same way as Edward VIII gave up his crown to marry Wallis Simpson in 1936,” Seward continues.

It’s very clear that Philip was dedicated throughout his entire Royal living to supporting and living the values of the monarchy – and he simply didn’t understand why Meghan and Harry wanted no part of it.