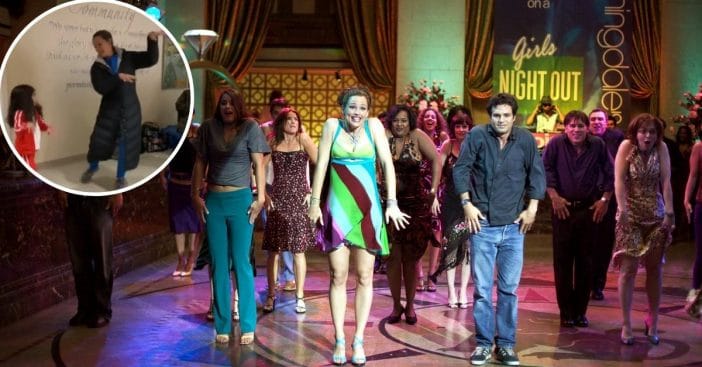 Jennifer Garner reminisced and paid tribute to one of her most popular films on the set of her new movie Yes Day. Jennifer stars in the new Netflix movie about a day where parents have to say yes to everything their children ask.

The actress shared a behind-the-scenes video of herself performing the dance from her 2004 film. In 13 Going on 30, Jennifer plays the adult woman of a teen who is transported into her body. In the dance scene, she dances to “Thriller” at a work event. Everyone who loves the movie knows this iconic scene!

Jennifer was seen performing the dance once again on the set of her new Netflix film. She shared a video with the caption, “Victoria was an awesome photo double for “Ellie” (@everlyeverywhere) on YES DAY. She had one big ask of me: For everyone to see us dance Thriller together.”

RELATED: Jennifer Garner Is Candid About Her Body After Having Three Kids

She continued, “Does this work for you, cutie-patootie? (So many amazing kids in and behind the scenes, I’m proud of all of you). ♥️”

Check out the adorable video below! Have you watched Yes Day on Netflix yet?