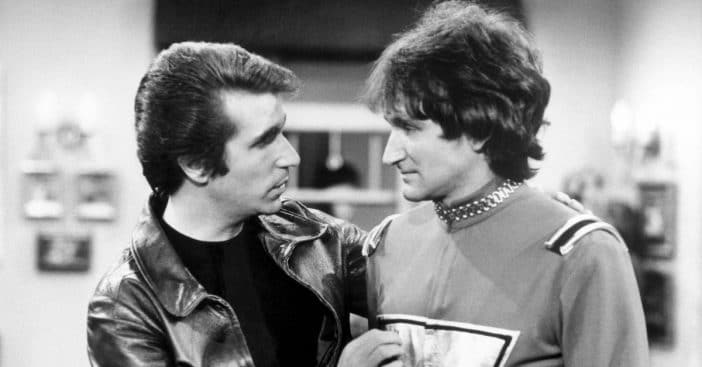 One of Robin Williams’s first and biggest roles was in Mork & Mindy. It was a spin-off of Happy Days. Henry Winkler, who played Fonzie in the iconic series, recalls seeing the late Robin Williams for the very first time. Even then, he knew there was something special about him.

They had a difficult time casting for the role of Mork. Robin was cast just two days before shooting Mork’s first episode! He was still pretty young and shy at that point in time. It was before Robin was a famous name and at the time, he mostly did stand-up comedy.

Henry said that Robin was always hilarious on the set! When they first met, he knew Robin would become a big star. He revealed, “What ever you said, he inhaled out of the air and then threw it back at you. There was not one time it came out the same.”

RELATED: How ‘Mork & Mindy’ Helped Billy Warlock Get A Role On ‘Happy Days’

Henry continued, “There was not one time it was not truly, endlessly and fervently funny. You saw it and your mouth dropped. You couldn’t believe it. I’ve worked with a lot of people and there is and was no one quite like him.”

Mork was only supposed to appear in one episode of Happy Days. Fans loved him so much that he kept showing up and eventually got his own show. Mork & Mindy aired from 1978 to 1982. We miss Robin so much! Take another walk down memory lane and see a video of Mork & Mindy‘s Robin and Pam Dawber reuniting before Robin’s tragic death: