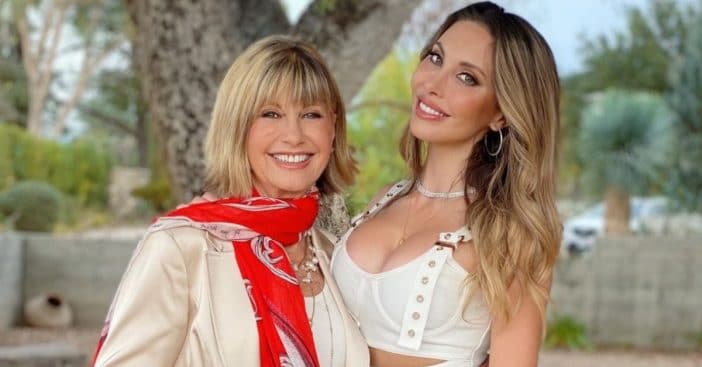 Olivia Newton-John and her daughter Chloe Lattanzi recently allowed US Magazine to follow them along for a day in their life, and what they learned is that this mother-daughter duo is inseparable. The two have been up to a lot together, including their duet “Window in the Wall,” which Newton-John notes was so much fun for her to do with her daughter.

“This song was different because Chloe was singing in my genre and the last time we recorded together [in 2019] … I sang in her kind of younger genre and now she had to sing in a more different way. So we had a lot of fun doing it,” she says.

However, Chloe thought the process to be a bit nerve-wracking. “When we went into the studio for the first take, I was so nervous that I kind of broke down, and I said, ‘Mom, I’m so sorry, but I need you to leave’ … because I was so nervous to sing in front of her,” she admits. But she does add that it was all smooth sailing and the nerves eventually went away.

Like any mother and daughter, there are times of disagreement or fights, and this is no different for Newton-John and her daughter. “We disagree all the time on things,” Chloe says. “I think … we’re very different artists, but … where we do really well is, when we sing together. I think that we push each other to do things that we wouldn’t normally do. And then thank each other afterward.”

Sounds like your typical mother-daughter duo! It certainly is great to see them spending time together.

Click for next Article
Previous article: Crew Member Dies On Set Of ‘The Conners’
Next Post: There Could Be An R-Rated ‘Mrs. Doubtfire’ Thanks To Robin Williams’ Improvisations