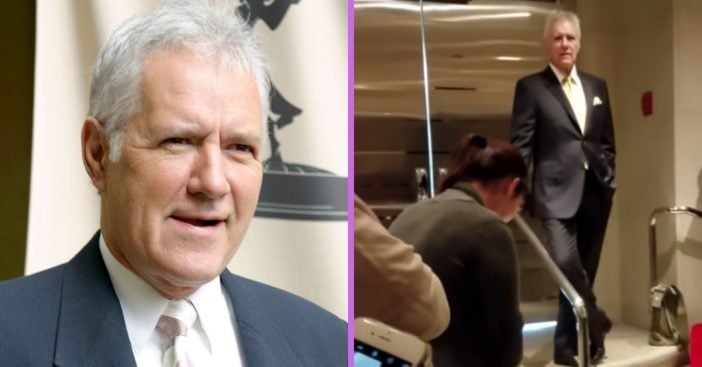 A clip from 2016 shows Alex Trebek confirming a wild family legend and it’s going viral on the video-sharing platform TikTok. The anonymous woman uploaded the clip to YouTube on November 8th, 2020, and it was generally not a viral success. But when the clip was picked up from TikTok, it started spreading like wildfire. It has since been viewed over 2.1 million times.

In the video, a woman asks Trebek about a story that has been looming for decades about the family. “My father said that you lived in the basement of his aunt’s house in Ottawa when you were quite young. He has contended this for 20 years, and now today, when I confronted him about it, he said, ‘Well, I’m pretty sure I didn’t make it up.’”

That’s when Trebek responds with a laugh. The woman begins to talk about her relative, Mary Clayman, along with the address she apparently co-inhabited with Trebek. Trebek thinks for a moment and responds, “And I dated her daughter, Norma Clayman.” Essentially confirming the wild family legend to be true.

The whole room burst out in laughs, while the woman behind the camera says, “I owe my dad a beer.” Trebek goes on to talk about the legend a bit more. “They were a lovely Jewish family, and Norma was a beautiful young lady… And we were dating and we were serious for quite a while. And her older sister, Shirley — lovely woman — works for the government.”

“Call your dad and say, ‘You were right, and Alex attests,’” he adds. “It’s really embarrassing when you’re wandering into new cities and someone comes up and says, ‘You dated my mother!’” As a result, fans were blown away by the confirmation of the story, almost as much as how much detail Trebek remembered of it!