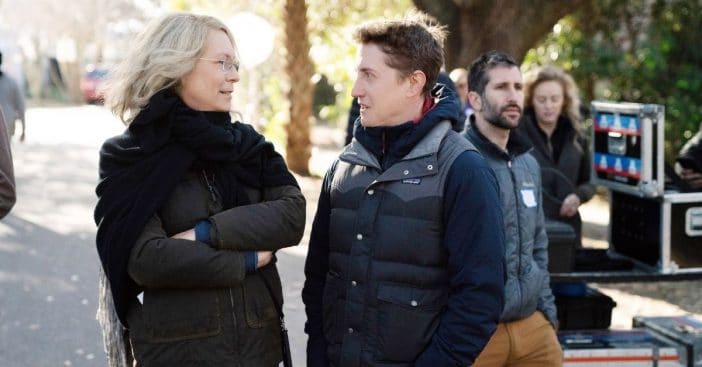 During an interview for 2018’s Halloween, Jamie Lee Curtis talked about the film, how she likes to work, and what makes a set successful. One thing she absolutely requests for her first day on set, wherever she works, is that she knows everyone’s name.

“When I work, in any group of people, on the first day, I ask people to wear name tags…because it’s not fair that Luke knows my name, I don’t know Luke’s name. That’s not fair…to walk into a room and have everybody know my name and I don’t know theirs…So I ask wear a name tag and what department you’re in, so I know you’re camera operator Luke…By third day, I would know everybody’s name… “

Curtis believes it’s unfair for everyone to know her name, but she doesn’t know theirs. She further explained that those involved with the making of Halloween all wore name tags on set so they could learn everyone’s names and become familiar with one another.

Curtis also recalls one day on set, the last day specifically, when they were filming a scene where “Laurie Strode alone in her truck, sitting outside the mental hospital…where Michael Meyers has been kept for 40 years…” Strode is waiting to see Meyers walk onto a bus, she has a gun on her person and she’s drinking. They shot this scene at night, and the rest of the cast and crew decided to really up Curtis’s name tag request a bit. “The entire crew were wearing name tags, and the name tags said… ‘we are all Laurie Strode’…what they were saying is we are all traumatized and we all are with you…” She described shooting that scene as “incredibly powerful.”