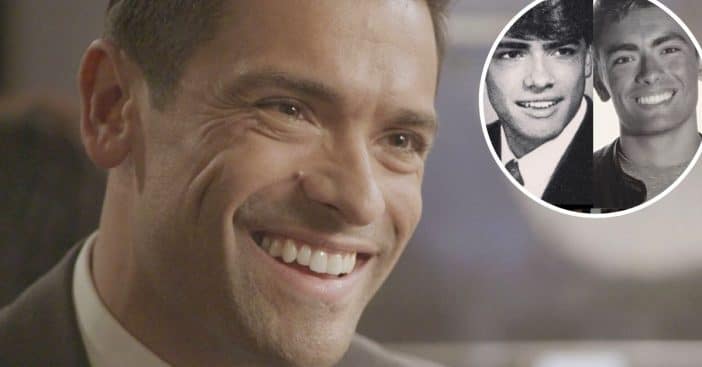 Kelly Ripa’s husband Mark Conuselos and their son Michael look just like twins! Michael appeared again in the show Riverdale as the younger version of his dad’s character. To promote the episode, Kelly shared a photo of Michael next to a photo of Mark as a teen. They look identical!

The photo of Mark was from 1989 while the photo of Michael was from a few years ago in 2016 when he was a senior in high school. Michael has played a young Hiram Lodge on Riverdale in several episodes. He also worked as a production assistant on the show The Goldbergs. Perhaps he is following in his parents’ footsteps!

She captioned the throwback photos, “Tonight on @thecwriverdale 8 est. The graduation. Thought you might like to see the Hiram’s, old and young, senior pictures 🎓🎓#twins 1989 vs. 2016. #riverdale #daddy”

RELATED: Kelly Ripa And Mark Consuelos’s Mini-Me Son Will Play A Younger Version Of His Father On TV

Kelly has shared photos of the two men and noted their similarities before. People flocked to the comments to say just how much they looked like twins! They have the same nose, smile, hair, and face shape. The resemblance is truly uncanny.

What do you think? In conclusion, listen to Michael’s thoughts on playing a younger version of his dad on TV: