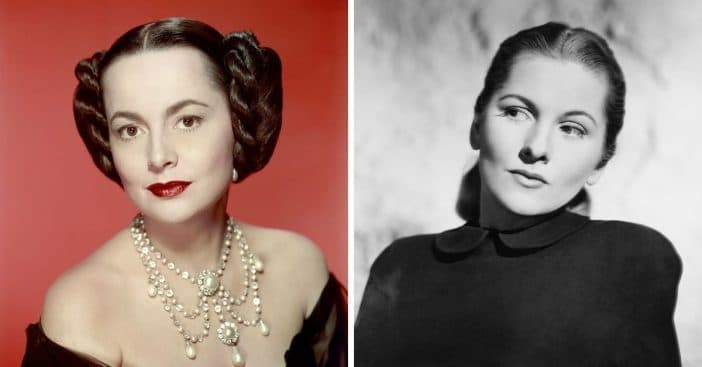 In the new book Hollywood in Monterey: Chronicles of a Cop, retired California cop Bill Cassara reveals some of his favorite celebrity encounters through the years. Some of those celebrities include sisters Joan Fontaine and Olivia de Havilland, and how Joan “absolutely despised” her sister.

“Joan Fontaine was receiving a series of harassing phone calls from a former business associate and she had enough,” Cassara tells Fox News. “So she called the sheriff’s office and I stopped by to help her with the matter. It was just another routine call. But then I looked at this oversized lithograph up on her wall. And her home was just adorned with souvenirs from her movie days.”

Joan Fontaine “absolutely despised” her sister and talked about it often

He continues with his story, “I remembered I told her that I was glad to have met her and I was familiar with her work,” Cassara continued. “She immediately relaxed and noticed I was looking around. Then she said proudly, ‘Those were from my days as a contract player for RKO.’”

“She took my arm and showed me what she had,” Cassara says. “We walked through every room in the house. She showed me the Academy Award for ‘Suspicion.’ We looked at personal keepsakes from over the years. She just seemed thrilled to share her story. Before I left, I offered her my business card in case she ever needed help with anything. To my surprise, she immediately called me.”

Their feud was no secret

Soon after the two had met, they had developed quite a friendship, and Joan invited Cassara out to lunch saying there was something she wanted to discuss with him. “I was surprised at how candid she was about her sister Olivia de Havilland,” Cassara begins. “She absolutely despised her. In fact, she was so disturbed over the idea that she would predecease her and Olivia would then somehow come to her home and steal the keepsakes that had once belonged to their mother. Now mind you, Olivia was living in Paris. But [Joan] went as far as to say, ‘I want you to be at my house when I die.’”

Their sisterly feud was no secret in Hollywood; mostly everyone knew about it. A lot of people believe that their hatred for each other stemmed from childhood and was magnified even more when they were up for awards against one another. “I always resisted asking her questions [about Olivia],” Cassara admits.  “She was very tough with journalists who would dare ask. She chewed them up and spit them out. But it was obvious that they were not on good terms. From my understanding, the sisters always competed for their mother’s affections. And their mother made it a point for them to compete against each other. Even then, Joan thought of her mother’s approval. It was very deep.”

Click for next Article
Previous article: Michael Landon’s Daughter Spilled The Beans To Melissa Gilbert About ‘Little House’
Next Post: ‘Happy Days’ And ‘The Brady Bunch’ Have An Interesting Connection