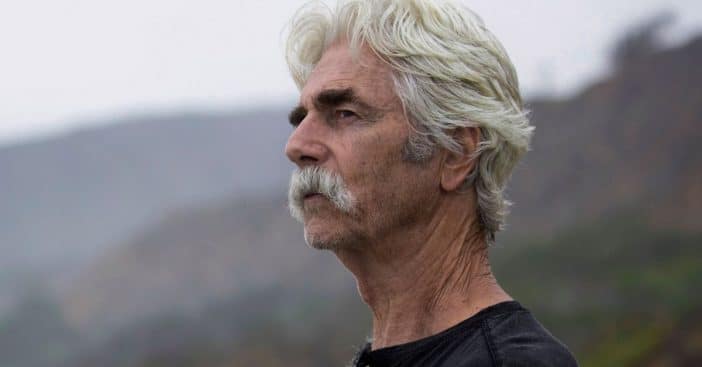 Sam Elliott has had an incredible career that has spanned decades, so surely he must have a favorite role. It’s actually one of his most recent roles from 2017 that was his favorite. “I’ve had that question asked so many times,” Elliott says. “And it’s so hard to answer because, you know, if you have good fortune enough to have been in some decent films along the road, then there are obviously things that stand out about all of them.”

He continues, “I think what I remember most about films is the people that I’ve worked with, rather than the film itself. If that makes any sense. And I don’t think it’ll ever get any better than it was on this film. This was, on all sides of the camera, it was a labor of love for a lot of people. And I think in the end that we pulled it off with a piece of really good entertainment.”

Elliott continues on, “That’s the world we live in… You know, we’re not curing anything but hopefully some people’s ills once in awhile. You know, give ’em a chuckle, give ’em a laugh, let ’em shed a tear, maybe, and give ’em their money’s worth. I’d say this is the one that was most enjoyable.”

So, what is Elliott referring to here? What is his favorite role? 2017’s The Hero, which is about an aging movie star and his perspective on life. “It’s a story about a guy that has been in pursuit of an acting career for 40 or maybe 50 years, has fallen short and paid the price,” Elliott reveals to Fox News. “He’s at a certain point in his life where he is looking back and taking stock, and what it’s cost him, and trying to make amends before it all comes to an end.”
Click for next Article
Previous article: Michael Jackson Sheds Light On Friendship With Madonna, “Not A Nice Person”
Next Post: One-Of-A-Kind Rallye Red 1970 Plymouth Superbird Unearthed In Texas Garage