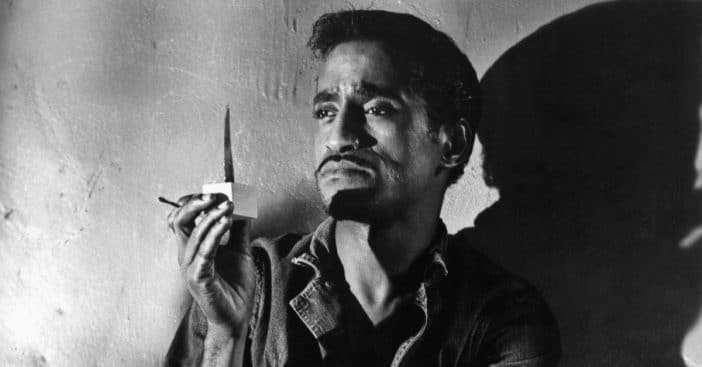 Back in the ’50s, Sammy Davis Jr. was a beloved entertainer but still faced racism on the daily. It was to the point where it affected his relationships since Columbia Pictures head Harry Cohn had a lot of say over Davis’s love interests and forced him to not be with white movie star Kim Novak. This is because Cohn felt it would hurt his studio’s reputation and went on to hire mobsters to threaten Davis.

Some reports even say that he was kidnapped and that his goons threatened to break Davis’s legs if he didn’t end his romance with Novak. “They said they would break both of his legs, put out his other eye, and bury him in a hole if he didn’t marry a black woman right away,” says Daviss’ friend, Arthur Silber.

Sammy Davis Jr. and why he tried to strangle his wife…

So, in 1958, after Davis was threatened and possibly kidnapped, he went and asked his ex-girlfriend Loray White to marry him. Silber reveals that Davis apparently just picked her name out of a phone book and asked her to marry him to make Cohn happy. He even agreed to pay her to marry him, and it happened, but not without a fight… literally.

Davis drank pretty heavily on their wedding day as he dealt with the emotional suffering. On the car ride back from the wedding, Davis went and tried to strangle his new wife, but Silber managed to stop him. He actually had to wrangle a gun out of Davis’s hand and carry him back to his room. “I walked back into the bedroom just as he was putting a gun to his head,” Silber admits. “I jumped on him…and I got the gun away from him. Then I sat on him with my knees on his shoulders until he passed out.” Their marriage only lasted a year and in 1960, he married May Britt, a white Swedish actor. While that marriage didn’t last either, it was a step in the right direction for interracial marriages.