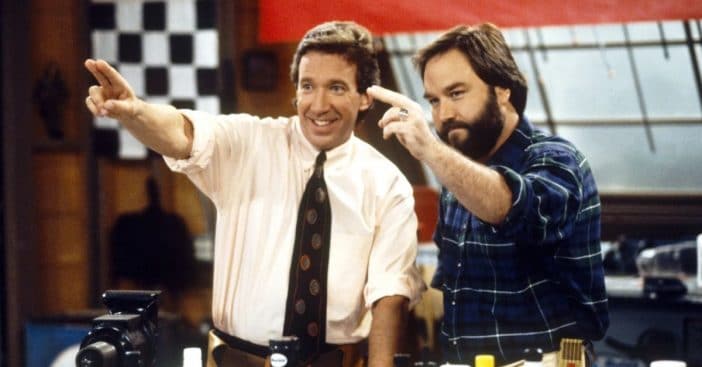 “It would be very easy to reboot that family because the boys live in town. They have children. Patricia [Richardson] and I have houses,” Allen said back in 2018. “But it gets a little creepy if you do it at the same time as I have another wife on another show. The timing is not good right now.”

So… are we getting a ‘Home Improvement’ revival?

Allen also said it might be difficult to play such a “cartoony” character like Taylor when he’s been playing someone so different for 9 seasons so far. “Mike Baxter is a natural evolution of that guy’s guy,” Allen says. “Although with Tim Taylor, you never knew whether he was really smart or really stupid. I thought he was real smart; he knew that it came across sometimes that he wasn’t very bright. Baxter’s not that way.”

One of the key characters from the show would also be sadly missing from the cast. Earl Hindman, who played Allen’s neighbor, died back in 2003 after a battle with lung cancer. Fans will remember Hindman by simply seeing him peek over the fence to talk to Taylor, and with being such an integral part of the cast, it might be difficult for the remaining cast members to want to do a revival. Patricia Richardson even said back in 2013 that there would be no chance of doing a revival after Hindman’s death, but of course, that was a while ago so only time will tell.