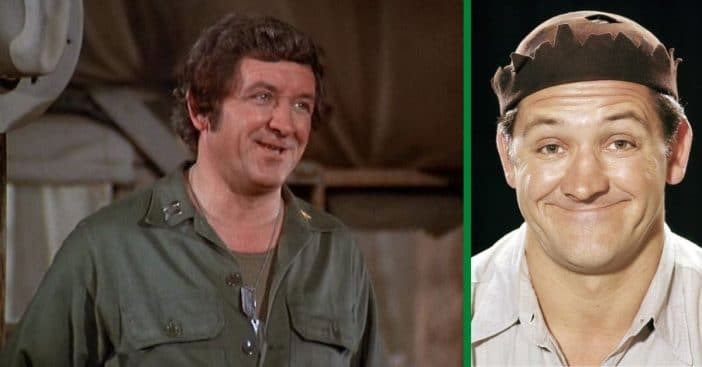 We saw George Lindsey on M*A*S*H a decade after The Andy Griffith Show went off the air. And it was everything we needed. His character, Roy Dupree, arrives at the 4077th as part of a temporary exchange between two camps of doctors and nurses. It may come as a shock to some fans that Lindsey would take on such a serious and complex role.

Truth be told, though, Lindsey was actually taking part in more serious acting roles before taking on the comedic, goofy role of Goober Pyle on The Andy Griffith Show. Actually, it was a decent challenge for him to take on such new, comedic territory.

“I had a lot of trouble with that part,” Lindsey said of his role on The Andy Griffith Show. “I’d been playing a lot of heavy character roles. I’d done them on Alfred Hitchcock, and Twilight Zone and some others, and at first I found myself just doing an impersonation of Jim Nabors doing Gomer.”

The show ended up being great for him though in terms of comedic acting lessons! “Andy Griffith turned out to be the greatest teacher I’ve ever had,” Lindsey says. “He kept tellin’ me to play myself, to let it happen to me, instead of trying to be funny.”

He learned a lot from Andy Griffith

Lindsey had a lot of great success with The Andy Griffith Show as he went on to star in Mayberry, R.F.D. and then reprised the same character on Hee Haw. People loved Goober Pyle. “It’s good to be funny when you are a comedian,” Lindsey says, according to junecline.com. “It takes 10 million failures to find the right stuff. At first, I wasn’t very funny, but I knew I could be. I just didn’t have the tools yet. Most aren’t willing to go through the failures it takes to become funny.”

He continues, “Nobody can tell you how to be funny. You have to find out for yourself. It’s like saying, ‘I think I’ll be a doctor,’ but not going to medical school. You have to learn your craft.”