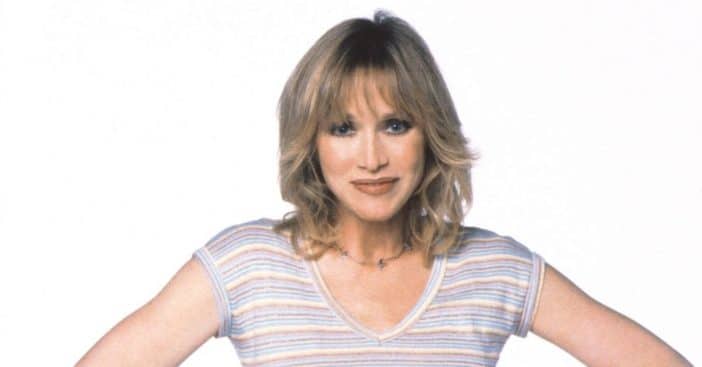 After a confusing string of events, it was confirmed that actress Tanya Roberts passed away on Monday evening. She was brought to the hospital after falling and later had complications due to a urinary tract infection. During her long career, Tanya was a Bond girl, a jungle woman, one of Charlie’s Angels, and a mother in the ’70s. One might think that she loved making movies the most, but it was her role as Midge Pinciotti in That ’70s Show that she loved most, according to her longtime partner Lance O’Brien.

Lance said, “She loved ‘That 70s Show’ more than anything in the world. She loved that more than any of her movies.” He said she loved that it was a normal schedule and she could spend more time with her family and her dogs. He added, “She could come home, have dinner at home, see the dogs.”

Tanya Roberts’ favorite role was in ‘That ’70s Show’

Debra Jo Rupp, who played Kitty Foreman on That ’70s Show, tweeted, “She was all instinct and beauty. In the first season of ’70s, we had a scene in the kitchen, drinking cocktails and laughing together. She laughed, spit her drink in my face, apologized profusely and did it 3 more times. I loved her. RIP beauty.”

RELATED: It Has Been Confirmed That Tanya Roberts Passed Away Monday Night

Tanya played the role from 1998 to 2004. She only appeared in two other films in 2005 before seemingly retiring. In her spare time, she would often help the American Society for the Prevention of Cruelty to Animals (ASPCA). She loved dogs in particular.

RIP Tanya. In conclusion, check out some of her best lines as Midge Pinciotti on That ’70s Show:

Click for next Article
Previous article: ‘The Waltons’ Michael Learned, Richard Thomas, And More To Reunite On ‘Stars In The House’
Next Post: Kelly Ripa Gets Real About Her Wardrobe Malfunction And Flash Of Bright Pink Underwear