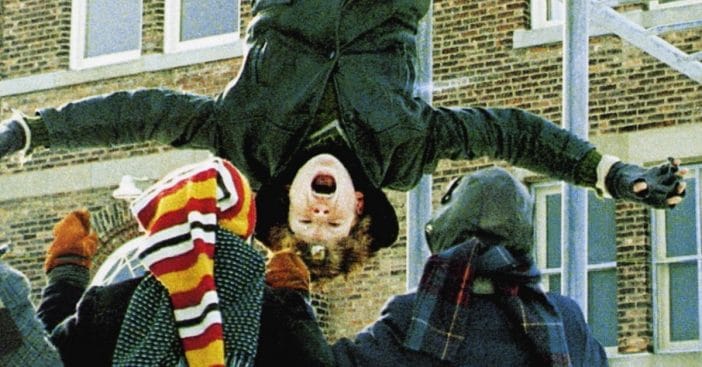 Zack Ward played the iconic bully Scut Farkus in A Christmas Story. In a recent interview, he shared his view of the film’s true lesson and revealed some hard times he and his family are facing. Recently, Zack’s father was diagnosed with Alzheimer’s disease and is now in assisted living. When his father was diagnosed, Zack and his family realized how little research has been done to try to treat this awful disease.

He said, “There are not only the people who are suffering from Alzheimer’s but the families that it affects. There are around five million Americans living with Alzheimer’s, but it affects another 16 million family members and friends who are trying to take care of that individual. And I can’t agree that it’s something that we should just throw our hands up at and just go, ‘well, that’s the way life goes.’ I think that’s ridiculous.”

Zack related facing his fears relating his father’s diagnosis to his character Scut. He said, “I think one of the greatest moments for Scut Farkus is when he does get defeated and then his hat falls off and he’s got the bloody nose and he’s just a little boy who’s sniffling. That I think, teaches kids that bullies are people, too. And the fact is, once you face your fears, you can overcome that ‘bully’ who is intimidating you. And I don’t think that it has to do just with getting into a fistfight, but I think it’s a metaphor for life. If you are scared of something, face it. If you are intimidated by something, address it. If you want to overcome the hurdles in life, you can’t do it by going down the side street to trying to avoid the confrontation. You have to take your life head on.”

He also compared the film’s time period to what many families are facing now during the coronavirus pandemic. “This is lower-middle-class, barely middle-class family and they’re struggling to keep a level of sanity,” he said. “And even at the end where what was going to be the epitome of their dreams was this big turkey dinner – they had to save up for it and they don’t even get that. And then they end up being in a Chinese restaurant, which would be the only thing that was open back then over the holidays – and they’re together.”

He added, “I think that’s why the movie translates cultures and translates generations is because it’s always about the family coming together and earning one another’s respect in the eyes of the patriarch or the matriarch of the family – somebody that you care for, that you’re really trying to become someone that they respect and that brings you together. So I think that’s the whole process. The thing about ‘A Christmas Story’ and why people love it is they see their own lives in the movie. The fact that nothing ever lives up to your expectations.”

Click for next Article
Previous article: Tom Selleck Was Inspired By Donnie Wahlberg And Left A $2,020 Tip
Next Post: 51-Year-Old Jennifer Lopez Is Dropping Jaws With New Purple Hair