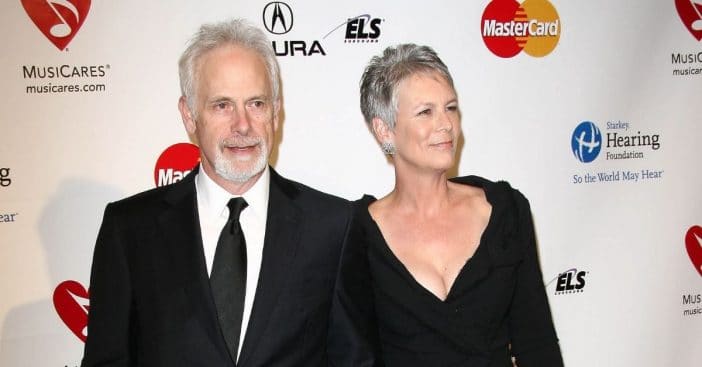 62-year-old actress Jamie Lee Curtis recently celebrated her 36th anniversary with husband Christopher Guest. Christopher is a director and both have been in the industry for years. To celebrate, Jamie Lee shared a very special throwback photo and sweet message to her longtime husband.

She wrote, “One of the longest relationships I’ve had seeking comfort and contact and connection is with Chris. Today marks the 36th anniversary of our wedding. My hand in his. Then and now. Connected through our children and family and friends it became the links in our human emotional chain that have seen each of us through triumph and tragedy.”

Jamie Lee and Christopher share two children together, Annie and Thomas. Jamie Lee has spoken over the years on how she experienced love at first sight and knew right away that she would marry Christopher. She first saw him in Rolling Stone magazine.

RELATED: Jamie Lee Curtis Says She Uses Her Kids As An Excuse To Cancel Plans

She said, “I looked at the man on the right, wearing a plaid shirt and a waggish smirk. I’d never seen him before, but I pointed at him. ‘I’m going to marry that man,’ I said to my friend.” Then she set the wheels in motion and got ahold of his agent. He never called her but eventually, the two met in person and the rest is history. It truly was meant to be!