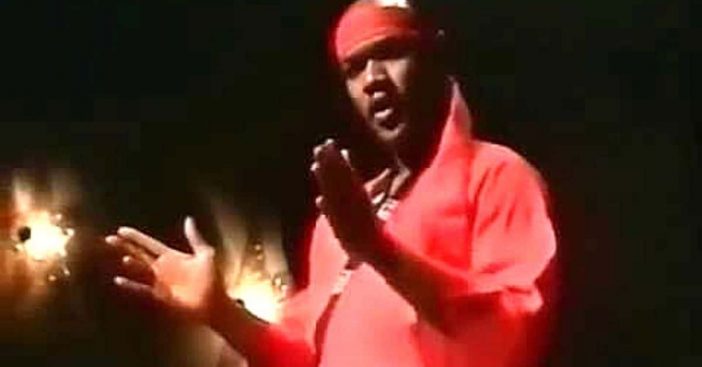 Each decade has some defining traits that rose to prominence over the years. Nostalgic looks through the ’80s show vibrant clothing and wild designs. People cooled down from the new hula hope craze with a swig from the soda fountain in the ’50s. In the ’70s, people loved a good action film and dancing their troubles away with some disco. That’s how Carl Douglas’ “Kung Fu Fighting” ended up a perfectly-timed definitive ’70s experience.

Douglas’ song actually merged the major trends of the decade. But it did more than that; it also further encouraged them. At the time, no other song touched upon people’s love of martial arts movies. By tapping into this fount, he gave them everything they wanted and more in one song.

From the ’60s to ’80s, Hollywood learned a formula to produce easy hits for American audiences. Studios teamed up with teams on Hong Kong to produce what’s sometimes called “chopsocky” films. These movies provided wild effects, abundant action, and almost deliberately comedic dubs. This new genre became a profitable and easy way to keep Americans coming to the cinemas and one of the biggest titles from that craze remains Enter the Dragon (1973).

RELATED:  This Song Was Meant For ‘Rocky III’ But Ended Up In Another Classic Fighting Movie

Martial arts icon Bruce Lee and his famous films helped inspire a wave of interest in martial arts not just in America but globally. The following year, Jamaican singer-songwriter Carl Douglas released what became his most famous work: “Kung Fu Fighting.” The timing couldn’t have been better on multiple fronts.

“Everybody was kung fu fighting!”

What really defines the ’70s? A massive interest in martial arts and action (especially in movies) and disco. Carl Douglas released a song that married both of these crazes to make a song that wasn’t supposed to last long into an ongoing radio hit. Both Douglas and his producer Biddu Appaiah didn’t anticipate much of anything for “Kung Fu Fighting.” Instead, it ended up topping both US and UK charts and further encouraged interest in kung fu.

“Kung Fu Fighting” actually represents a good old-fashioned come-from-behind success story Americans also loved (and still do). The song started off on the B side after some hasty composition since he had just ten minutes to make it. Fittingly, like America, the song also happily celebrates a variety of backgrounds; a Jamaican singer and Indian producer helped this song about Chinese martial arts set to a music style born right in the States. Upon the song’s completion, a man named Robin Blanchflower encouraged Pye Records to flip the A and B side. Remarkably, even without radio stations playing it, the switch worked and the song rose to prominence. Disco dance floors grew full of “hah!” and “hyah!” By staying aware of people’s interests and refusing to give up, the parties involved in this song made a timeless hit.