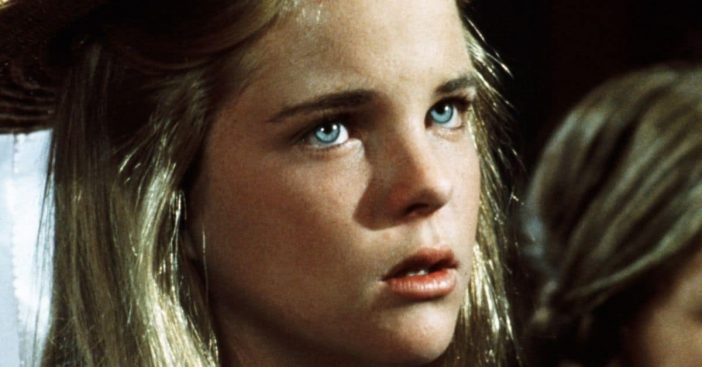 Melissa Sue Anderson played Mary Ingalls on the series Little House on the Prairie. The show catapulted her into instant fame and many saw her as the softspoken Mary in real life. Fans were surprised when Melissa began dating a much older man. He was none other than Frank Sinatra Jr. They met when she appeared on The Love Boat.

She appeared in an episode of The Love Boat during the height of her fame. The episode had a Halloween theme and she dressed up as Cinderella. Her Prince Charming was played by Frank Sinatra Jr. They hit it off right away, despite their age difference. She was a teen and he was in his early 30s.

Melissa revealed in her memoir, “We became friends at that time, but did not start actually dating until two years later. Good thing, since I was just 16 when we met – what a scandal that would have been.”

RELATED: Melissa Sue Anderson Of ‘Little House On The Prairie’ Reveals Why She Left Hollywood For Good

She continued, “Frank Jr.’s family is a great bunch. His mother, Nancy, is a little dynamo, and what a cook! … Tina was most like their father – passionate and headstrong. [Frank Jr.’s sister] Nancy was soft spoken and very sweet. I had the pleasure of spending some nice evenings – not to mention great dinners – with them.”

Despite their love, eventually, they moved on. Melissa is now married to Michael Sloan and they have two children together. Sadly, Frank died in 2016. She was very lucky to spend time with that famous family!

In conclusion, watch Melissa on The Love Boat below: