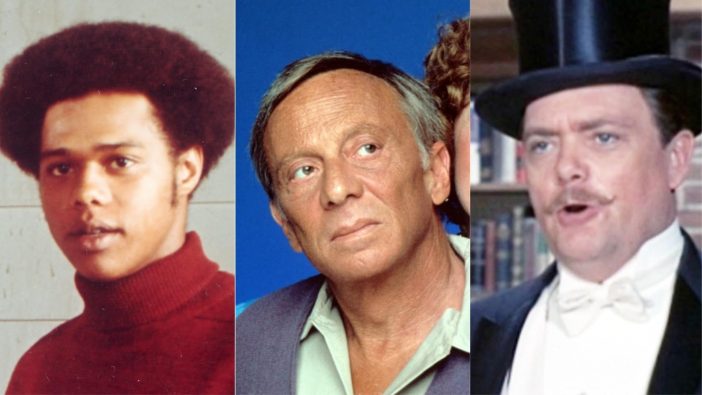 Dipping into the past of Classic TV history, on this date — December 14 — we find three actors who left us, but whose work continues to live on in the television series we most remember them for, as well as additional performances. Today’s celebrities are Norman Fell, Mr. Roper on Three’s Company; Mike Evans, Lionel Jefferson on both All in the Family and The Jeffersons; and character actor Bernard Fox, perhaps best known as Dr. Bombay on Bewitched.

The role you know him best for is also the one that was his television acting debut: Lionel Jefferson, son of George and Louise Jefferson on All in the Family. He played the next-door neighbor of Archie and Edith Bunker from 1971 to 1975, and then joined Sherman Hemsley and Isabel Sanford on the spin-off series, The Jeffersons, for the first season. Demanding more screen time, he was let out of his contract by series creator Norman Lear, returning to the role of Lionel in seasons six through eight (Damon Evans, who was not related, took on the part while he was gone). He appeared in several TV movies and portrayed Arnold Simms in the TV miniseries Rich Man, Poor Man (1976). Mike was a regular on Danny Thomas’ medical sitcom The Practice (1976 to 1977); and he is the co-creator of the Maude spin-off, Good Times, which ran from 1974 to 1979. He died of throat cancer at age 57 in 2006. He was married to Helena Jefferson from 1976 until her death in 2002. He has two daughters, Carlena and Tammie.