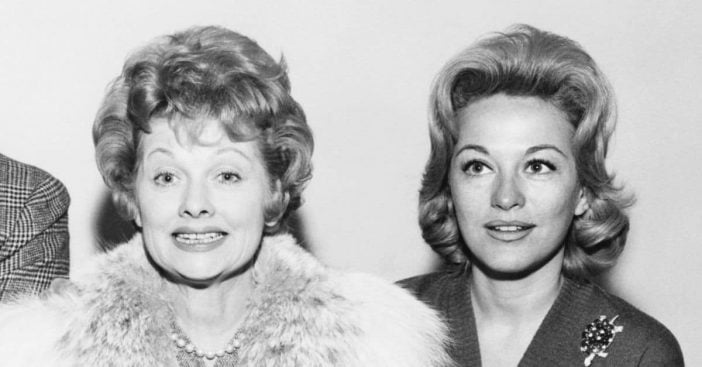 Actress Paula Stewart was one of the lucky ones. She was friends with the beautiful and bubbly Lucille Ball. Six decades after they met and three decades after Lucille’s death, Paula looks back at some of her fondest memories of her friendship with Lucille.

They met when Paula was cast in Lucille’s Broadway musical called Wildcat. Paula was a trained singer and helped Lucille during some of the rehearsals. Paula said Lucille was always nervous about her singing voice and felt grateful to have a little bit of training.

Paula Stewart talks about her friendship with Lucille Ball

Paula was a very important part of her journey because she also introduced Lucille to her second husband, Gary Morton. He was a nightclub comic and Paula thought they would hit it off. They did and married in a small ceremony in New York in 1961. Paula was the maid of honor.

RELATED: Carol Burnett Talks About Her Friendships With Lucille Ball And Julie Andrews

She said, “Lucy loved Gary in an easy, uncomplicated way that she couldn’t love Desi. Plus, she’d been so lonely and Gary filled that void for her. She reminded me of that and thanked me almost every day.”

Lucille also helped Paula get through some tough times. She got divorced and went bankrupt. Lucille let Paula live in her guest house for a while and supported her. Paula admits, “She was my savior. She didn’t think she was greater than anyone else. Lucy was loving and warm. I miss her very much.”

Let’s find out a little more about the incredible life of Lucille Ball:

Click for next Article
Previous article: Priscilla Presley Says Elvis Became Like God To Her
Next Post: Spot The Coca-Cola Ad In ‘A Charlie Brown Christmas’