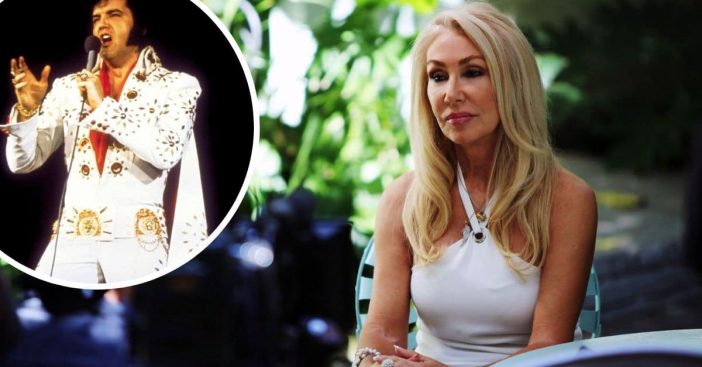 Elvis Presley used to live at Graceland. While it now operates as a museum, the upstairs, including Elvis’ bedroom is strictly off-limits. Only family members and some staff are allowed up there. So, naturally, fans are very curious about what it looks like and what’s up there. There are only a few people that have been in Elvis’ bedroom, including his ex Linda Thompson.

Thompson shared a few details about what the bedroom looks like. These days, it has been kept just the way Elvis left it. It is a job to maintain the room without messing with the integrity of how he left it.

Elvis Presley’s ex talks about what his bedroom looks like

Reportedly, the last record that Elvis listened to is still in the record player. He even left a styrofoam cup that has not been moved. Linda Thompson dated Elvis from 1972 to 1976. During that time, she spent plenty of time with Elvis at Graceland.

RELATED: Elvis Presley’s Cousins Recall Spending The Holidays With Him

She recently shared some photos from her time with Elvis. Fans asked a lot of questions, including if his bedroom really had no windows at all. She said there were windows but they were never opened. The bedroom was black, red, and gold.

Elvis’ cousin also spoke out about the decor in his bedroom. He said there was a black and gold bedspread, red chairs, and even a TV on the ceiling! The bed was oversized, custom made for Elvis with a mirror behind it. It sounds like he really liked the colors red, gold, and black.

Besides his bedroom, his office, dressing area, bathroom, and Lisa Marie’s bedroom are also upstairs and off-limits to guests.

Curious to the other Famous Women that Elvis dated? Check out our full video on some Royalty Courting! 🙂