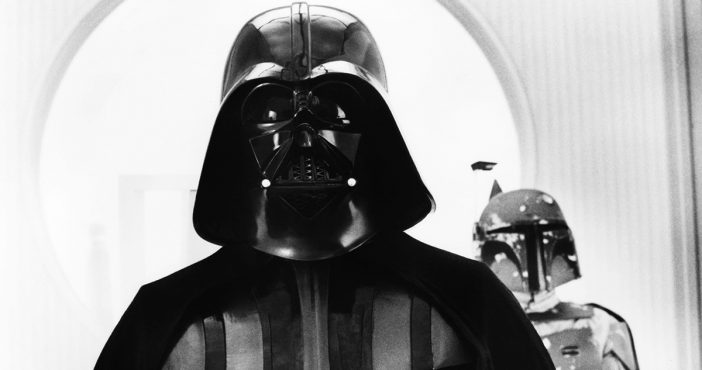 Actor David Prowse who played the villainous Darth Vader in the original Star Wars trilogy consisting of Episodes IV to VI — A New Hope (1977), The Empire Strikes Back (1980) and Return of the Jedi (1983) — has died at the age of 85.

Prior to portraying the most domineering villain in cinema history, David Prowse was a bodybuilder from a small housing estate in Bristol, England, born on July 1, 1935. His early jobs included a dance hall bouncer and a helper at a swim club. His interest in bodybuilding began at an early age, culminating in winning the British Heavyweight weightlifting championship in 1962. The notoriety gained from his bodybuilding allowed Prowse to transition into acting, with roles as Frankenstein’s monster in Hammer Films’ The Horror of Frankenstein (1970) and Frankenstein and the Monster from Hell (1974), as well as small roles in the James Bond spoof Casino Royale (1967) and Stanley Kubrick’s A Clockwork Orange (1971), where he was first noticed by Star Wars creator George Lucas.

Who played Darth Vader without the mask?

At 6’6” tall, Prowse had the shape and build to wear the costume and be the physical personification of the formidable Sith Lord Lucas was looking for in his sci-fi epic. Although happy to take the role of Darth Vader, Prowse has notoriously talked down his acting experiences, always feeling he deserved more responsibility, trust and recognition than he was given — even going so far as to suggest his potent district West Country accent deserved to be the voice of Darth Vader rather than James Earl Jones, who has provided it from the beginning.

One of the biggest moments of the entire Star Wars saga was the stunning revelation in The Empire Strikes Back when Vader, who has been battling Mark Hamill’s Luke Skywalker with lightsabers, makes the stunning announcement that he is Luke’s father. It was a surprise to everyone, including Prowse, who was given false dialogue during filming and comments, “I didn’t actually know I was Luke Skywalker’s father until I saw it in the cinema.”

As Prowse himself explained in the forthcoming book Secrets of the Force: The Complete, Uncensored, Unauthorized Oral History of Star Wars (available for pre-order), “I did all the dialogue all the way through the film. I discussed it with George Lucas. I said, ‘Well, what are we going to do?’ And he said, ‘Obviously we’ll probably, what we call metalize it or robotize it.’ What I would do is sit down in the sound room and do every line over and then they could do what they wanted to it. But then with the finished film, I think it was a question of George deciding … well, I don’t know whether he knew what he wanted as far as the voice was concerned. Then they just got James Earl Jones in to do it. I really never got lucky. I wouldn’t mind being covered up if people gave you the credit. But now I’m covered up and I’m not getting the credit at the same time. Every time, they mention Carrie Fisher, Mark Hamill, Harrison Ford, Alec Guinness, Peter Cushing, and stop! And then it says ‘The big villain of the film with the interesting voice is James Earl Jones,’ and that’s as far as it goes.” Even when Vader was unmasked at the end of Return of the Jedi, actor Sebastian Shaw’s face was revealed.

What happened to David Prowse?

Following the Star Wars trilogy, he only acted in the films Perfect Woman (2006) and The Kindness of Strangers (2010). Sadly, he was plagued with severe arthritis for the majority of his life, symptoms first appearing when he was 13, but put under control for a time thanks to his involvement in weightlifting. Eventually, though, he would end up having both hips replaced, his ankle being fused and in 2001 his left arm became paralyzed followed by the right shortly thereafter. In 2009 he announced that he had been diagnosed with prostate cancer. In 2016 he announced his retirement from public appearances and events (which he had done many of over the years). He was married to Norma E. Scammell in 1963 and they had three children.

Prowse, who died on November 28, 2020 at age 85 following a short illness, did humorously recall his originally being cast as Darth Vader: “I didn’t have to read for it. I didn’t have to do anything. In fact, they offered me two parts. They offered me the part of Darth Vader and they offered me the part of Chewbacca. Peter Mayhew wasn’t even considered at that time. I said, ‘Tell me more about the parts.’ And he said, ‘Well, Chewbacca’s like a giant teddy bear and Darth Vader’s the big villain in the film.’ I said, ‘You know what you can do with Chewbacca. I’ll take the big villain.'”