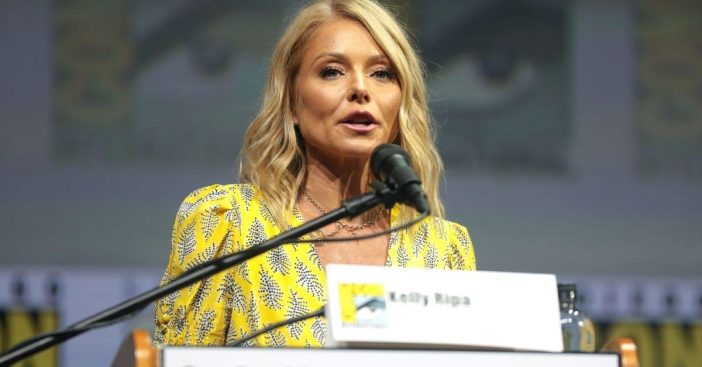 The co-host of Live With Kelly and Ryan Kelly Ripa faces unprecedented concerns – and critiques- from fans, which resulted in losing hundreds of thousands of Instagram followers. Supposedly live comments voiced major concern for her behavior and a perceived imbalance on the show.

As a result, Ripa experienced a mass exodus from her social media page. Comments from fans feel she may need a break. They also expressed concern about her weight. Others still think something’s been off for some time. Ripa, aware of criticism she’s received for both her behavior and weight, plans on staying true to herself. For her persistence, she had some roses gifted to her to show off!

Discomfort first thing in the morning

A post shared by LIVE with Kelly and Ryan (@livekellyandryan)

Both The Blast and TV Show Ace noted fans voicing concern and criticism for Kelly Ripa’s behavior on her morning talk show. They call her actions everything from over-the-top to plainly out-of-character. Ultimately, some also declare her behavior “extreme.”

Much of this stems from how hyper they feel she’s behaving. Fans point this out in a video that contains a series of clips posted to the Live With Kelly and Ryan Instagram page. This problem seems relatively new, based on fan commentary. One comment on the clip specifically queries, “what has been wrong with Kelly the last couple of days?” Users honed in on “constant talking” and reminded Ripa that they watch the show for Ryan, too, and he’s also a host with the right to speak.

The Blast writes that Kelly Ripa lost some 100,000 followers on her Instagram page. Whether critics continued following or stopped, they took issue not just with her behavior but also her weight. She’s been called too skinny. However, in response to this, Ripa assured she’s proud of her weight, which she states she earned from a healthy and active lifestyle.

Her throwback photo in a Wonder Woman costume sparked much of those concerns. She responded by sharing her diet, though fans then claimed it didn’t contain enough protein. With criticism over her actions and appearance, the host may seem attacked from all sides, but vocal supporters still make their voices heard. The Blast shares one Instagram post that proclaims, “makes my day a better one. She has a fantastic sense of humor and I laugh every morning. I miss her if I am unable to watch the show. I was very very unwell for several years and she made every day easier to bare [sic].” What do you think of Ripa’s behavior and how fans are vocalizing their thoughts?