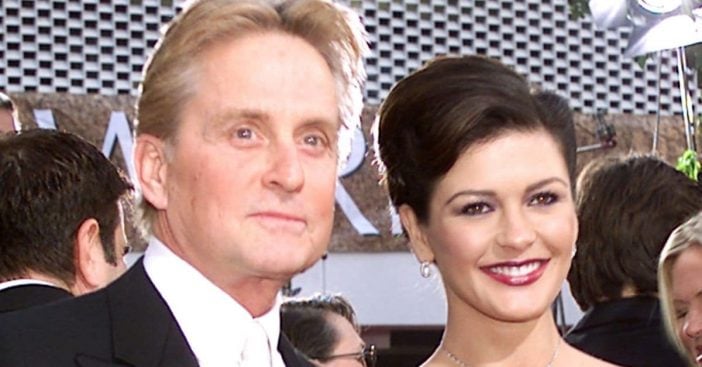 Michael Douglas and Catherine Zeta-Jones are celebrating 20 years of marriage! 76-year-old Douglas and 51-year-old Zeta-Jones tied the knot during a wedding ceremony at The Plaza Hotel in New York City in November 2000. Of course, the two took to social media to pay tribute to the other on their special anniversary milestone.

“Happy 20th Anniversary my darling! I love you always and forever @catherinezetajones ❤️” Douglas posts to his Instagram alongside a video with a voiceover from Douglas himself. He recalls the time he met his future wife, revealing that he first had eyes for her after he saw her as Elena Montero in the 1998 film The Mask of Zorro.

Michael Douglas and Catherine Zeta-Jones revisit how they met, celebrating 20 years of marriage

“I’m watching this movie and then I say: “Wow, who is this girl, she’s incredible!” Douglas says in the video. Douglas states that just a month later, he was at the Deauville Film Festival in France in August 1998, and learned that the cast of The Mask of Zorro would be attending as well. He then asked his assistant to find out if Zeta-Jones specifically was attending, if she was alone, and if she wanted to grab a drink.

Well, it definitely ended up working out for the actor because she agreed to a drink and even invited him to dinner with the film company. He reveals that after that dinner, he invited her out for a nightcap back at the bar. “I probably made a big mistake when I looked at her and said: “I just wanted to tell you, I’m going to be the father of your children,'” Douglas reveals.

‘The rest is history’

Zeta-Jones took to Instagram with a video montage of photos and videos from their wedding day. She writes, “20 years ago today Michael and I were married!! What an amazing magical night that was! And 7304.85 days and nights on, I love you now as I did then. ( except for the point 85 bit) Thank you for the love and laughter.”