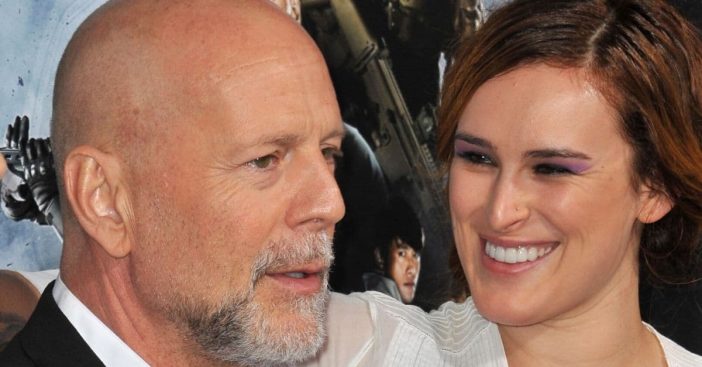 Rumer Willis opened up about the pressure she feels to start a family. Her father, Bruce Willis, in particular, wants her to have kids. He definitely wants her to have a son. In a world of females, Bruce is the only male. He has five daughters, so it makes sense why he would want a grandson in the mix!

The reason the pressure is on Rumer is that she is the oldest of the five daughters. However, at 32, she said that she doesn’t want to rush such an important decision. She admitted that the quarantine Bruce spent with his daughters, his wife, and his ex-wife sparked the discussion. He just needs some male energy, she says.

In a household of women, Bruce Willis wants his daughter to have a son

Rumer joked, “If I had a son, I guarantee you guys, my dad would somehow try to come in and kidnap him, hijack the child, try and take him away. But it’s important to wait. I think it’s so important not to rush in and have it be about the lust or about, you know, that immediate connection, and building a real foundation.”

RELATED: Bruce Willis And His Daughters Are Looking Happy In Hawaii

Rumer didn’t discuss the rumors that she is dating actor Armie Hammer. Either way, it is her decision when to have children. If she does, we hope for Bruce’s sake that she has a son! In conclusion, watch some of the interview below: