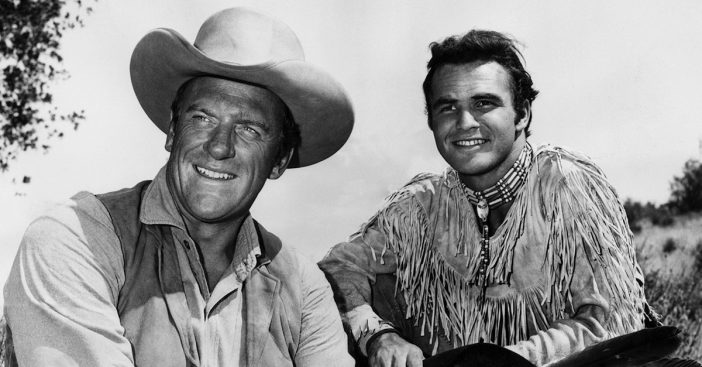 The late Burt Reynolds was a movie star, no question about it. In fact, for several years — with hits like Smokey and the Bandit, Deliverance, The Cannonball Run and The Longest Yard — he was the top box office draw in the world. But what oftentimes gets lost when remembering the late actor is the fact that he had a pretty extensive background in television, including three years on classic TV Western Gunsmoke.

RELATED: The 30 Best Classic TV Western Series from the 50s and 60s

In the book Gunsmoke: An American Institution, Celebrating 50 Years of Television’s Best Western, author Ben Costello interviewed Reynolds, who notes that he thought he was being brought on as a guest star, not in a recurring role.

What Season Was Burt Reynolds on ‘Gunsmoke’?

Says Reynolds, who was on Gunsmoke for seasons eight through 10, “Every actor in town loved doing the show, because it was a family and — now that I think back about it — I don’t think anybody in town, before or since, ever had the generosity of spirit that they had on that show in terms of being an ensemble group, where it was Kitty’s [Amanda Blake] turn or Doc’s [Milburn Stone] turn or Chester’s [Dennis Weaver] turn or whoever’s turn. It was a great place for young actors to learn some manners and behave, because, number one, Jim Arness [Marshal Matt Dillon] and Milburn wouldn’t put up with it.”

RELATED: Whatever Happened to Amanda Blake, Miss Kitty from ‘Gunsmoke’?

Reynolds played the character once and was surprised to learn from his agent that the producers wanted him back. Admittedly flattered, he also recognized there was great potential in the character, dramatic possibilities springing from the fact that Asper was half-Indian. In retrospect, he felt the character was like Nevada Smith in the big-screen Western The Carpetbaggers.

“[He was] raised by one Indian parent and really thought of himself as more of an Indian than a white man,” Reynolds explains “Then we could deal with the prejudice and all that kind of stuff that was going on at the time in those days.”

Why Did Burt Reynolds Leave ‘Gunsmoke’?

By 1965, and after much deliberation, Reynolds decided to leave the series, telling the New York Times that he felt “I had served my apprenticeship and there wasn’t room for two leading men.”

Part of what convinced him to leave, according to Costello, was the fact that both Arness and Stone felt that it was time, with the former in particular believing that movie stardom was awaiting Reynolds, who was nonetheless reluctant.

“I thought that this was a terrific show to be on,” he reflects. “And quite honestly, and I didn’t know it then, some of the happiest years of my life were on that show … Jim said — I’ll never forget it — ‘You know, we’ve been on seven years and, hell, we’ve probably only got another year.’ I thought, ‘Well, okay,’ I had done it for almost three years, so I said I’ll strike out on my own.”

Gunsmoke, of course, ended up enjoying a 20-year run from 1955 to 1975, and for the rest of his life, Reynolds looked back warmly on his time there. “Quite honestly,” he muses in Costello’s book, “in spite of the fact that I had an incredible, very lucky motion picture career, I’ve often wondered what would have happened had I stayed for the whole run of the show. There’s a lot to be said for peace of mind and the fun and just being part of the whole legend of that show.”