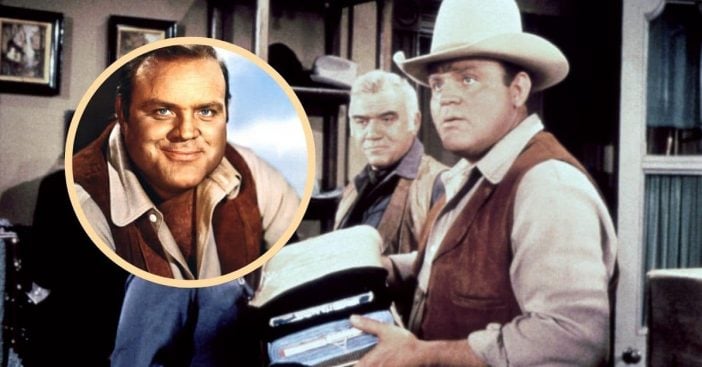 As America’s longest-running Western, Bonanza cultivated a cast of memorable characters throughout its 14 seasons. It’s difficult to choose one as the most memorable, but the “big and friendly” giant mountain man Hoss stands out. Dan Blocker perfectly brought him to life on and off screen. But what happened after Bonanza?

Dan Blocker was hard to miss since day one. Born in De Kalb Texas on December 10, 1928, Blocker proved the biggest baby born in Bowie County. He weighed a grand total of 14 pounds. As a student, he used his size, which stayed consistently overwhelming over the years, to work as a bouncer and rodeo performer. Even in his youth, before joining Westerns, Blocker became known for being the textbook definition of a gentle giant.

Life as a star

After serving in the Korean War and earning a Purple Heart, Dan Blocker gradually broke into acting. Work on The Three Stooges as Goon/Zombie got Blocker involved in slapstick, which he performed perfectly. But his roots and distinct physicality made him a natural for Westerns and Blocker appeared in some of the most famous: Gunsmoke and Cheyenne.

Bonanza, however, remained his most distinct. No surprise there. Hoss became the beloved, simple, caring Cartwright everyone – characters and fans – could easily love, and the show itself enjoye dimmense fame. In fact, Blocker appeared in some 400 episodes before things took a sudden and devastating turn.

What did Dan Blocker from Bonanza die from?

In 1972, Dan Blocker died suddenly from a pulmonary embolism. His passing occurred during a post-op procedure. The friendly mountain man was just 43 years old. It’s a testament to Blocker’s importance that the show ended early the following year. But series creator David Dotort didn’t actually anticipate using Blocker that much at first. Blocker had worked with Dotort in five episodes of The Restless Gun but in the first season of that series, Dotort realized he needed Blocker more than anticipated – and for a very big project. According to MeTV, the episode “The Child” prompted Dotort to realize, “That’s the one, in a sense, where I discovered the talent of Dan Blocker.”

Blocker sadly passed away near the end of Bonanza, but some of his legacy lives on. Crime comedy fans might recognize the name Dirk Blocker as the actor behind Detective Hitchcock in the beloved show Brooklyn Nine Nine. He’s not helping a dusty old sheriff, but Dirk’s still honoring his father’s legacy while carving his own path.

Click for next Article
Previous article: Patrick Swayze Almost Didn’t Get The Part In ‘Ghost’
Next Post: Bing Crosby’s “White Christmas” Helped Homesickness For Troops And Families In WWII