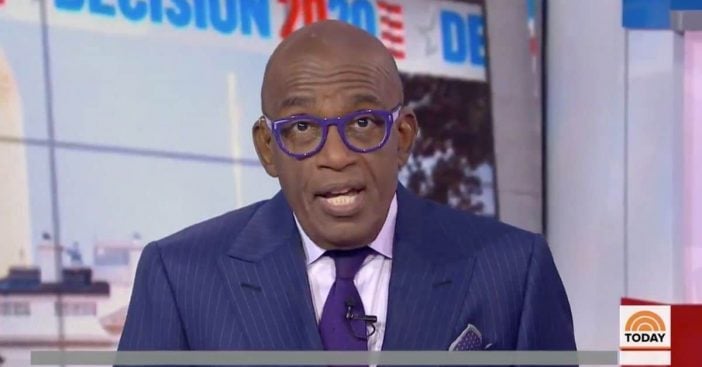 TODAY‘s Al Roker recently announced that he was diagnosed with an aggressive form of prostate cancer and would be undergoing surgery to have his prostate removed. In a new video, he says he’s “grateful” for all the love and support he has received since coming out with the news.

“Oh my gosh, is this not a glorious day or what? Fantastic. And it reminds me that I’ve got to thank each and every one of you for your prayers, your support, your well wishes after I announced on Friday that I am battling prostate cancer,” Roker says in his video while taking a walk around a lake. “And with any luck, next week I’m going to be having prostate cancer surgery, and I’m going to tell prostate cancer, to borrow a phrase, ‘you’re fired,'” he jokes, using a famous line from Donald Trump on The Apprentice.

I am beyond #grateful to the outpouring of #prayers and #goodwishes since I shared I have #prostatecancer but going to tell that cancer, #yourefired

Roker originally announced the news on the TODAY show surrounded by his co-anchors. “It’s a good news-bad news kind of thing. Good news is we caught it early. Not great news is that it’s a little aggressive, so I’m going to be taking some time off to take care of this.”

Roker says that his doctors discovered the cancer during a routine checkup. “It’s a little more common than I think people realize, so I just decided that I wanted to go public with it because one in nine men are diagnosed with prostate cancer in their lifetime. But for African American men, that number is one in seven and is more deadly, so if you detect it early, this is a really treatable disease and it’s why I wanted to take you along my journey so we can all learn together.”

Roker has made sure to stress to his fans that he’s “going to be OK” and is fortunate that they were able to catch the disease early. Well wishes and prayers for Al Roker at this time!

Our friend and colleague @AlRoker reveals that he has been diagnosed with prostate cancer. pic.twitter.com/hnAUX4xfX3