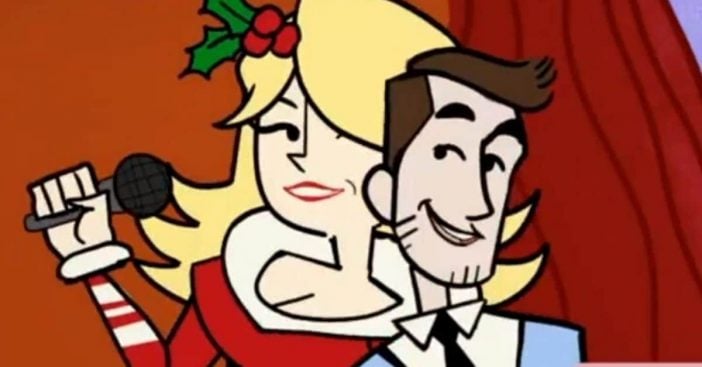 Dolly Parton recently delighted fans with a new Christmas album called A Holly, Dolly Christmas. In the album, she teamed up with many other talented singers to share new versions of popular Christmas tunes. One of the new songs is called “Cuddle Up, Cozy Down Christmas” and Dolly sings it with Michael Bublé.

They also worked on a fun music video that is now available to watch. It is animated and shows Dolly and Michael as cartoons. They head through a winter wonderland filled with snowmen and other fun Christmas festivities.

Enjoy the official U.S. premiere of the music video for “Cuddle Up, Cozy Down Christmas,” my song with the very talented @michaelbuble, now on Facebook (before it’s available everywhere tomorrow)! Link in bio to watch ❤️ – @ingenuityvfx

Dolly actually said that the new song was inspired by her nieces and nephews. She had the idea for the song while cuddling with them. She said, “When I started writing it, it was just like, ‘I want to cuddle up and cozy down with you / Wrap my arms around you / Sleep the whole night through’ and it’s really about being there with your little baby, kissing and hugging and all that.”

She continued, “Then later, I thought, ‘Well, I need to make this into a more romantic thing.’ So I did and I cuddled up with Michael Bublé on this one! He did a great job on it. So it made it sexy. I can only fantasize cuddling up and cozying down with him!”


This story may contain one or more affiliate links from which we may earn a small commission.
Click for next Article
Previous article: New 007 Confirmed for ‘No Time To Die’ Bond Movie
Next Post: Judge Judy Has Landed A New Court Television Show