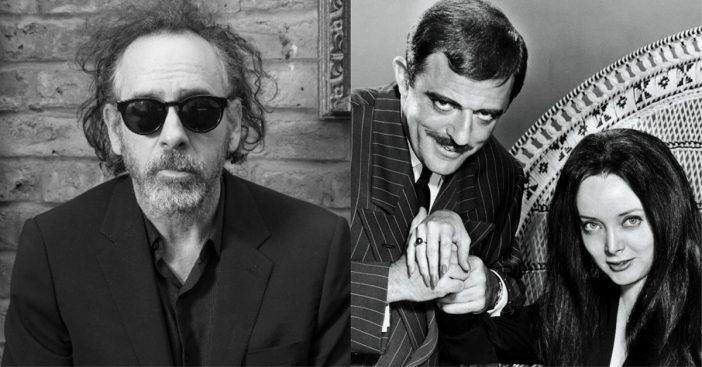 Every now and then you hear about a creative matchup that sounds absolutely perfect, and you’d be hard-pressed to find a better one than the meshing of filmmaker Tim Burton — the macabremeister behind Sleepy Hollow, The Nightmare Before Christmas, Johnny Scissorhands and so many others — with the idea of a new TV series version of The Addams Family. C’mon, it doesn’t get any better than that!

There aren’t too many details known about the return of Gomez, Morticia, Uncle Fester, and the rest of the family Addams, except for the fact that there seems to be a number of outlets trying to air or stream it, the most likely candidate being Netflix. Tim Burton will not only serve as executive producer but is expected to direct all of the episodes as well. The showrunners are Alfred Gough and Miles Millar, the creative team behind Smallville and writers of Spider-Man 2 and the Shanghai Noon franchise.

The Addams Family was created by Charles Addams, whose concept was to provide a twisted look at the average American family, which he turned into single-panel comic strips for The New Yorker magazine beginning in 1938. There were 150 of them in all, yet for something with so limited an amount of source material it has inspired so many different versions over the decades.

Your Guide to Previous Versions of The Addams Family

The New Scooby-Doo Movies (1972): The Addams Family guest star (though only Coogan and Cassidy reprise their voices) in an adventure involving Mystery, Inc.

Halloween and the New Addams Family (1977): TV reunion movie that brings back together the cast from the ’60s television series. Very odd seeing John Astin, Carolyn Jones, and the others in color.

The Addams Family: The Animated Series (1992 to 1993): A second animated show, this one inspired by the success of the 1991 live-action feature film.

Addams Family Values (1993): Big screen sequel to the 1991 film, with that cast reprising their roles.

No word at this point when the Tim Burton TV series will go into production or begin airing/streaming.