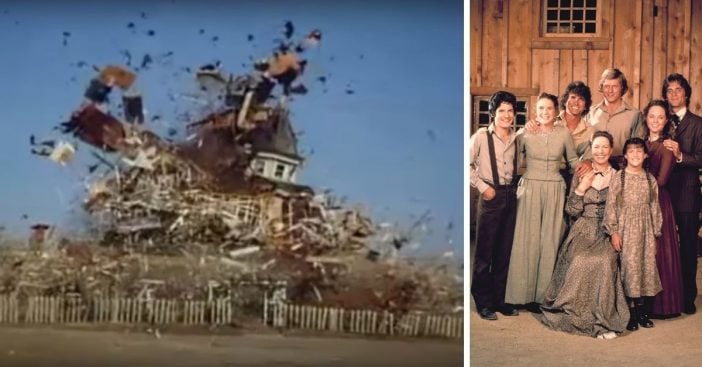 Fans of Little House on the Prairie were shocked when Walnut Grove was blown up in the series finale. Turns out, it was always the plan to blow up the set and they ended up showing it on the show. It was actually always an agreement with the landowners. The producer made an agreement with the landowners that it would go back to normal after filming.

It was Michael Landon‘s suggestion to blow up the village so they could get rid of everything easily. The series finale aired in March 1983. A few months later, they aired a Christmas special that showed the town before everything blew up.

In a New York Times article from 1984, Michael Landon said, ”I think it makes for a good strong pioneer ending. It was also a nice catharsis for the cast and crew. There were lots of tears when we finally blew up the town. The actors had all become very attached to their own buildings, so it was very emotional.”

They reportedly did tests to make sure no one would get hurt and the entire scene happened in one day. Poof, ten years of memories were gone. After the town blew up, it went back to a normal nature landscape.

Click for next Article
Previous article: Tori Spelling Says She Was Bullied As A Teenager On ‘Beverly Hills, 90210’
Next Post: Fans Accuse Mark Consuelos Of Stuffing His Pants For ‘CHiPs’ Inspired Halloween Costume