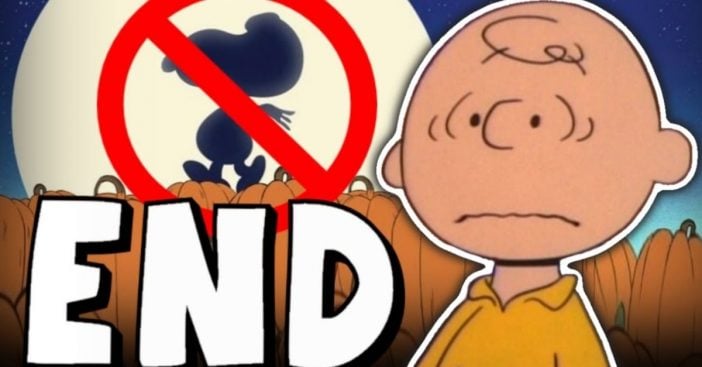 Peanuts holiday films have been a tradition on television since they first aired. However, for the first time in decades, all of the Charlie Brown holiday specials will not air on TV. While news outlets reported that viewers will be able to view them for free on Apple TV+, longtime viewers aren’t happy about the change of tradition.

Of course, this sudden change in tradition has caused a lot of upset with longtime viewers. They didn’t shy away from voicing their opinion on the matter.

RELATED: Here’s Where To Watch Charlie Brown Holiday Specials For Free This Year

“Wow. What a lousy decision. You have new shows airing on Apple, so you decide to stick it to the loyal fans and not air the holiday specials on network TV? Bad move,” one viewer says on Twitter.

Wow. What a lousy decision. You have new shows airing on Apple, so you decide to stick it to the loyal fans and not air the holiday specials on network TV? Bad move.

“The Peanuts holiday specials not airing on TV but exclusively on AppleTV+ is screwed up,” another says.

The Peanuts holiday specials not airing on TV but exclusively on AppleTV+ is screwed up.

One fan finds another nostalgic way to embrace the new change.

Other fans are a lot more… well, pissed off.

@AppleTV What is this Bullshit with the Peanuts Specials? Why are you preventing the airing on Broadcast TV? Not everyone has your service (some by choice), or even access to any streaming service. You are potentially denying these iconic, annual shows to millions of people! 😡

Fans acknowledge how overall “wrong” it feels to not be able to turn on cable TV and watch their Peanuts specials this year.

I own all of the Peanuts holiday specials on Blu-ray, but it just feels wrong that they're not airing on network TV anymore. There are so many people who still don't even have cable, much less streaming.

Another fan says that this year “won’t be the same” without the Peanuts specials airing on TV.

As mentioned before, AppleTV+ will be offering free time slots where you can access the films for free without a subscription, so not all hope is lost! Fans will also be able to catch “A Charlie Brown Thanksgiving” from November 25 through November 27 and “A Charle Brown Christmas” from December 11 through December 13.

If you’re actually looking into buying a subscription for AppleTV+ to watch these films whenever you want, it starts at $4.99/month after a free trial. (P.S. you may also be able to find the holiday specials for free on the Internet). While there are other options available, it is truly the end of an era.

Click for next Article
Previous article: You Need To Watch This John Travolta Western That’s Dominating Netflix’s Top Ten
Next Post: The McDonald’s Monopoly Scam That Resulted In A $1 Million Donation To St. Jude’s