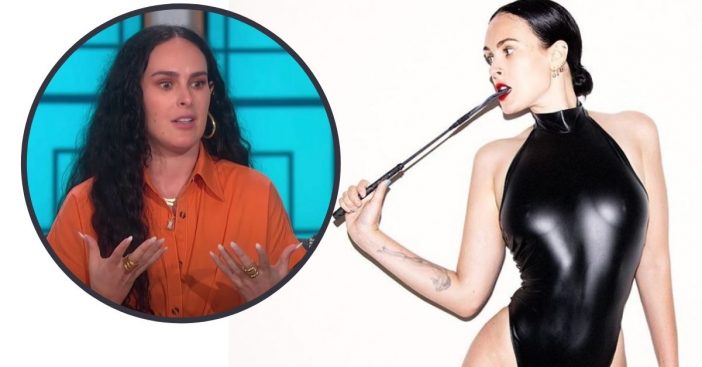 The pictures were apparently meant to be commentary based on the expectations placed on women such as having children and getting dressed. “There are so many rules on what you can do, what you can’t do and what you can’t share, and I don’t know, there was a part of me that was just feeling really empowered and good about myself, and I wanted to share it,” she says in the segment.

Call Me Madam… . . . New series “Bondage” with my fav @thetylershields

“I knew that it would probably bring up a lot of comments, but I was not at all prepared for the amount of negativity,” she admits. “It was really harsh. … I mean people saying you should be ashamed of yourself and this is disgusting.” People were accusing Willis of posting content that was triggering to trauma survivors. However, Willis counters that argument by saying that there are survivors who participate in bοndage for empowerment.

Willis also revealed that her parents, Bruce Willis and Demi Moore, have always encouraged her to be her true and authentic self. “They’ve always been very supportive of us, of all my sisters and just kind of exploring everything, especially because we are a household of so many women, why not celebrate it?”