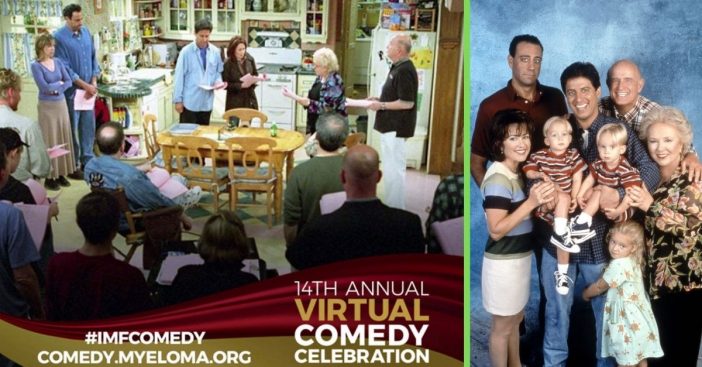 Yes, the day has finally come! An Everybody Loves Raymond reunion is happening! Patricia Heaton, who played the role of Debra Barone on the show, took to Twitter to announce the reunion. And, it’s for a special cause, too.

“Mark your calendar NOW! 15 years after the series finale, the cast of “Everybody Loves Raymond” reunites for a reunion table read of six selected scenes! @IMFmyelom 14th Annual Comedy Celebration goes virtual this year, and you’re invited,” she writes on Twitter. She also shares the official link for the site for those who’d like more information!

Mark your calendar NOW! 15 years after the series finale, the cast of "Everybody Loves Raymond" reunites for a reunion table read of six selected scenes! @IMFmyeloma 14th Annual Comedy Celebration goes virtual this year, and you're invited https://t.co/k4KoYlx69p pic.twitter.com/dg4iNNCBJz

The event page details everything the audience can expect, which includes a table read of six selected scenes from the sitcom. Heaton, Ray Romano (Ray Barone), Brad Garrett (Robert Barone), and Monica Horan (Amy Barone) will all be reprising their roles for the event. Show creator Phil Rosenthal will also be present. Missing from the event will be Doris Roberts (Marie Barone), who died in 2016 and Peter Boyle (Frank Barone) passed away in 2006.

RELATED: Patricia Heaton Says This Was Her Favorite Character In ‘Everybody Loves Raymond’

Viewers who are interested in the event can check the stream out at the bottom of our page! 🙂

The IMF’s Annual Comedy Celebration actually began in honor of Boyle. The event features comedy and music from top celebrities each year and has raised nearly $8 million for the Peter Boyle Research Fund through the event. Rosenthal initially shot down the idea of a reunion since some key characters were now gone, including Boyle, Roberts, and Sawyer Sweeten.

“I’ll never say never, but look, we lost three of our cast members, right?” Rosenthal tells CinemaBlend in 2018. “It’s never going to be the same again, it can’t be. Plus these shows usually aren’t the same again anyway. We did the show exactly the way we wanted to. If you love the show and love those characters, they’re still available, thankfully, in syndication. You can always visit your friends.”

Check out the Reunion Below!! 🙂 It’s FABULOUS!!!

If that didn’t satisfy your Raymond itch… find out what the entire cast has been up to since the show concluded: