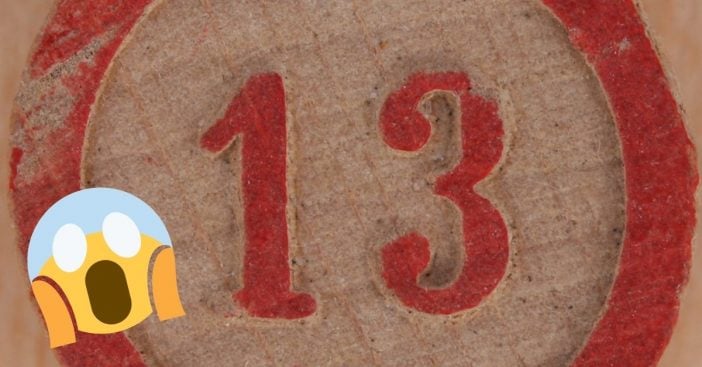 There is a superstition that Friday the 13th is bad luck. Many of us just gloss over the idea that a certain day is considered unlucky. For others, the fear is very real and it doesn’t just cover Friday the 13th. Some people have a phobia or an irrational fear of the number 13, which is called triskaidekaphobia. Even writer Stephen King once admitted to suffering from this fear.

For those with triskaidekaphobia, they may avoid anything to do with the number 13. Forget staying in a hotel room that is numbered 13 or even stepping on the 13th stair in a staircase. Some companies even fall into these superstitions. Take airlines for example, that sometimes remove the 13th row.

There is a name for a fear of Friday the 13th: paraskevidekatriaphobia

Fear of Friday the 13th is particularly frightening for those affected. It even has its own name: paraskevidekatriaphobia. According to studies, millions of Americans may fear this day that comes around every so often. Perhaps the film Friday the 13th doesn’t exactly help, especially when the day falls in October.

Saybrook University psychology professor Stanley Krippner said, “People are hard-wired to find meaning in various patterns, connections, and perceptions. They need someone or something to blame when stuff goes wrong, and numbers are an easy target.”