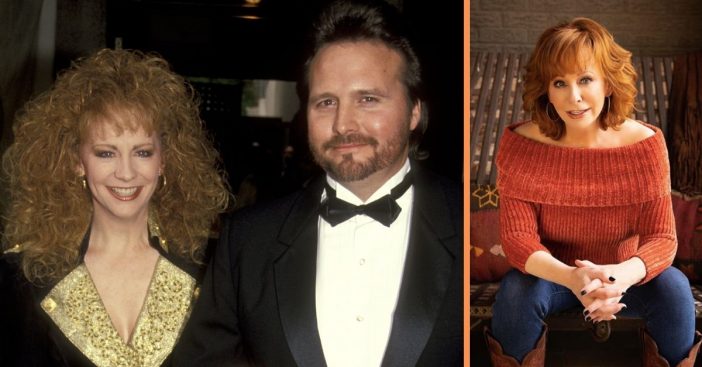 In a new episode of the podcast, Living & Learning With Reba McEntire, the country singer talks about her divorce from then-husband Narvel Blackstock. In the episode titled “Forging Your Own Path,” she talks about how she didn’t want the divorce, but soon realized it was the only option she had in order to move forward.

“I think forging your own path, that’s your choice. The divorce was not my choice. I did not want it at all. So it was left up to me of, ‘Okay, kid, how you gonna handle this?'” she says. “So when the three people who were literally taking care of me, my company and my career left me, it was kind of a ‘Buckle up, buttercup’ moment for me. I had to … what the hell am I gonna do?”

It was her professional team that helped her come to the realization. “It was kind of a, as I call it, a ‘come to Jesus’ meeting, and I had to gather my wherewithal, put my feelings aside and go forward.”

“It was forging a path that I didn’t want any part of, but I had to do it … and so it was Catch Up 101. I had to learn so much that was dumped on my lap. But I think it’s made me appreciate the business more. I’ve learned a lot. There I was again, forging another part of the territory I never even thought I would have to be involved in.”

McEntire officially announced her split from Blackstock in August 2015. Their divorce was finalized on October 28th that year. Blackstock is the father of Brandon Blackstock, who recently is navigating a divorce from his then-wife Kelly Clarkson.

Click for next Article
Previous article: Walgreens Cashier Uses Last Of Her Money To Help Customer, Gets Generously Repaid
Next Post: ‘I Am Woman’ Singer Helen Reddy Has Died at Age 78