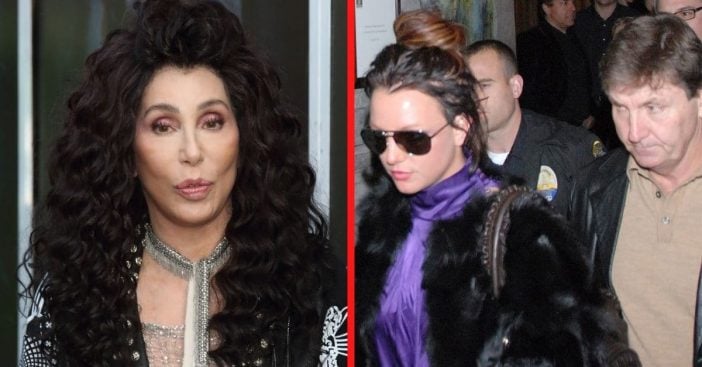 The hashtag #FreeBritney has been going around for quite some time as fans fight to free Britney Spears from her conservatorship under her father, Jamie Spears. Her father has allegedly been in charge of her entire career and life. This is because she has been deemed unable to care for herself. Rumors allege that Britney is in this conservatorship against her will.

Celebrities like Cher have spoken out on the #FreeBritney movement, essentially confirming the rumors. “She worked hard, was the Golden Goose, made lots of money, now she’s the cash cow. Does anyone who’s making money off her being sick want her well!? Someone who doesn’t want anything from her should look into her doctor and her meds.”

Cher tweeted this in response to an article stating that Britney’s younger sister, Jamie Lynn Spears, wanted to gain control of her big sister’s assets. Someone responded to Cher, saying, “She has been working here in Las Vegas doing show after show. If she can work day in and day out, she can control her own affairs. It is sad that they take advantage of her and the court should help free her from these greedy family members.”

Cher would respond to this tweet, saying, “Everyone in Vegas heard stories.” Earlier this year, Cher had also questioned why Britney continues to work if she apparently still needed a conservator to look after her money and career choices.

Everyone in Vegas heard Stories

Britney has been under conservatorship since 2008 when she had a mental breakdown. The court approved of her father, Jamie, taking full control over her fortune and other big decisions in her life. The conservatorship was extended until 2021 even though an attorney told the court that the singer was “strongly opposed” to this.

In an interview, Jamie calls the #FreeBritney movement a joke. “All these conspiracy theorists don’t know anything,” he says. “The world don’t have a clue. It’s up to the court of California to decide what’s best for my daughter. It’s no one else’s business.”

Click for next Article
Previous article: Bindi Irwin Shares Insight On The Moment She Found Out She Was Pregnant
Next Post: 54-Year-Old Salma Hayek Radiates Beauty In Stunning Yellow Birthday Outfit